US vs Iran: British Prime Minister, Johnson Breaks Silence, Tells Iran, US What To Do


The Prime Minister, who had been on holiday, cut short his rest at private island of Mustique and flew back to London on Sunday. 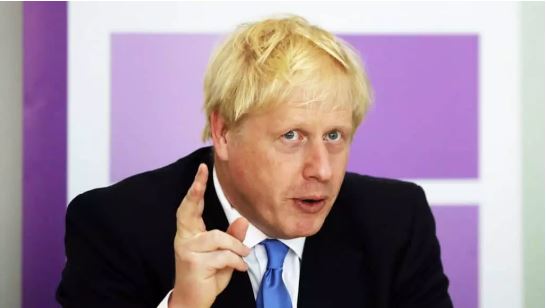 UK Prime Minister, Boris Johnson has broke his silence on the tension brewing in the Middle East.

The tension has been on the increase in the region, following the killing of Iranian army General, Qassem Soleimani by the US government.

Soleimani’s death has resulted to series of war threats from both America and Iran with the Middle East country’s latest threat to retaliate the assassination of their general.

The Prime Minister, who had been on holiday, cut short his rest at private island of Mustique and flew back to London on Sunday.

Johnson said Britain “will not lament” the death of Maj. Gen. Soleimani.

He said that Soleimani had played a major role in the deaths of thousands of innocent people, describing him as a “threat to all our interests.” The PM, however, called on both US President Donald Trump and Iran for calm, urging both sides to encourage de-escalation.

Trump had on Sunday issued a series of explosive tweets, threatening all-out war against the Iranian regime and boasted of the military arsenal at his disposal.

The PM said in a statement, “General Qassem Soleimani posed a threat to all our interests and was responsible for a pattern of disruptive, destabilising behaviour.

“Given the leading role he has played in actions that have led to the deaths of thousands of innocent civilians and western personnel, we will not lament his death.

“It is clear however that all calls for retaliation or reprisals will simply lead to more violence in the region and they are in no one’s interest.”