CAN, Bishop Criticises Mbaka For Saying Uzodinma Will Take Over From Governor Ihedioha This Year


Controversial priest, Rev. Ejike Mbaka has been scolded by CAN and other bishops after he prophesied about Hope Uzodinma overthrowing Governor Ihedioha. 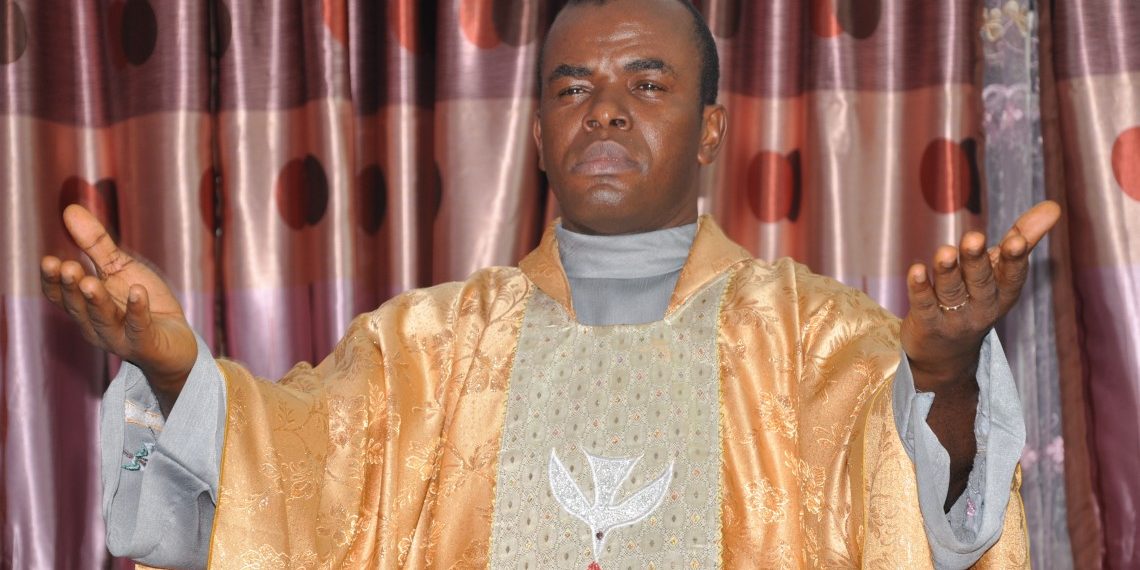 The Christian Association of Nigeria (CAN) on Sunday faulted a prediction by the Director, Adoration Ministries, Enugu, Rev. Ejike Mbaka, that the All Progressives Congress (APC) governorship candidate in Imo State, Senator Hope Uzodinma, will take over from Governor Emeka Ihedioha.

The Christian body said Mbaka’s “prophesy” is a political statement that trivialises an issue that is before the Supreme Court.

Mbaka had said in his New Year message: “In spite of all that would happen this year 2020, there is hope.

“In Imo State, there is hope. Imo people have suffered but God is raising a new hope that would be an agent of salvation for them.

“He is coming with a new flag to restore the dignity of that noble land. New leadership will break barriers and there would be joy in the land of Imo.

“Lift your candles as I bless Hope Uzodinma and I empower him spiritually to take over. How, I do not know.”

The cleric has been criticised for the statement.

A statement by the Imo State chapter of the CAN, led by Senior Apostle Godson Ibeji, said the body had consistently opposed such prophecies.

“CAN has consistently opposed such politically-motivated prophesies and strived to maintain the standards that regulate the practice of Christianity.

“We will continue to tow this path until we restore sanity in the practice of priesthood,” CAN said.

Also, Bishop Lucius Ugorji of Umuahia Catholic Diocese said the Catholic Church was not into fortune-telling.

Rev. Ugorji, who is the Apostolic Administrator of Ahiara Diocese, to which Mbaka belongs, added that the church did not authorise any priest to make predictions.