Iran: Germany Disagrees With US


Maas added that Germany, Britain and France would discuss further on the Iran nuclear deal on Monday. 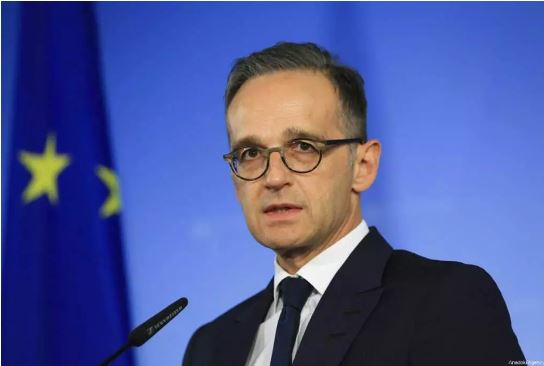 The German government says threatening Iraq with sanctions is “not very helpful” at this stage of the crisis between Iran and the USA.

This is according to the German Foreign Minister, Heiko Maas.

His comments came after the US President Donald Trump warned that Baghdad could be hit by sanctions “like they’ve never seen before” if US forces were forced to leave.

France, Britain and Germany have earlier on told Iran to refrain from any violent action and respect arrangements laid out in the JCPOA 2015 nuclear deal with world powers.

Maas added that Germany, Britain and France would discuss further on the Iran nuclear deal on Monday.

“I don’t think it works to convince Iraq with threats but with arguments,” Heiko Maas told Deutschlandfunk public radio.

“We will definitely talk to Iran again. What has been announced is, however, not consistent with the agreement.

“[The situation] has not got easier, and this could be the first step to the end of this agreement, which would be a big loss so we will weigh this up very, very responsibly now.”

Qassem Soleimani, the head of Iran’s elite Quds Force, was killed along with Abu Mahdi al-Muhandis the deputy commander of Iraq’s Popular Mobilisation Forces (PMF, or Hashd al-Shaabi). Several other people were also killed in Friday’s attack by the US government.

Soleimani’s death has resulted to series of war threats from both America and Iran with the Middle East country’s latest threat to retaliate the assassination of their general.

Multiple rockets were also on Sunday launched near the US embassy in Baghdad Iraq.