A young mother trafficked to Lebanon has finally gotten help from Nigerian officials who rescued her from her master. 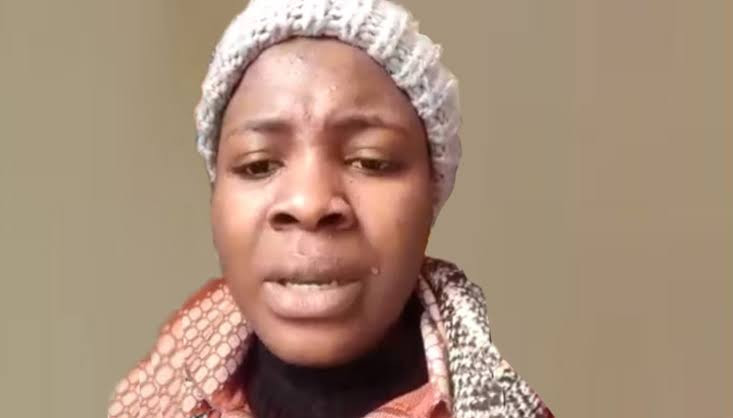 Omolola Ajayi
Omolola Ajayi, a 23-year-old teacher and single mother trafficked to Lebanon has been rescued by the Nigerian government after her video went viral.
Nigerians in Diaspora Commission who confirmed the rescue of Ajayi from the home of her "master" she was sold to, revealed she is now in Beirut with the Nigerian Ambassador to Lebanon.
A Whatsapp message sent out by NIDCOM spokesman, Abdul-Rahman Balogun read:
“Update on the trafficked Nigerian girl to Lebanon. She is now happily in the hands of the Nigerian ambassador in Beirut. She will be home soon.” 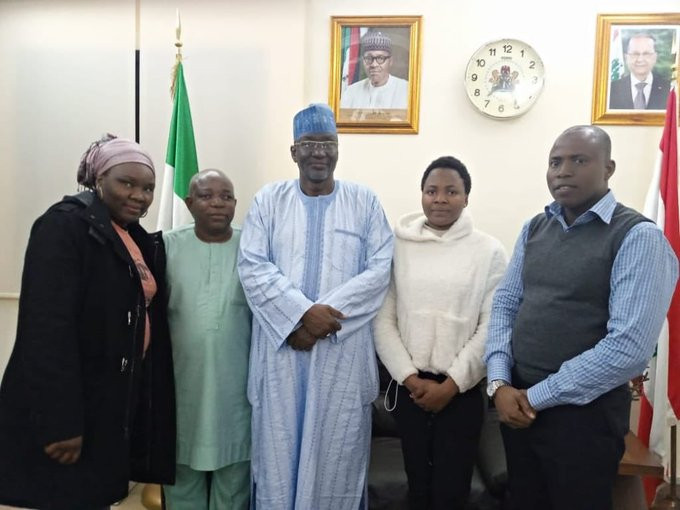 NIDCOM Chairman, Abike Dabiri-Erewa also tweeted:
"Breaking news. Update on the viral video of trafficked Nigerian girl in Lebanon. She is now happily in the hands of the Nigerian Amb in Beirut , received warmly and happy to be in safe hands. She will be home soon by Gods grace.
The alleged trafficker has been arrested and will be handed over to NAPTIP.The family of the lady have been traced ..Kwara Gov is personally on the matter. All hands on deck to ensure the trafficked lady returns.
This is coming after the Chief Press Secretary to Kwara State Governor, Rafiu Ajakaye disclosed that two Nigerians and a Lebanese were arrested in connection with the trafficking of Ajayi." 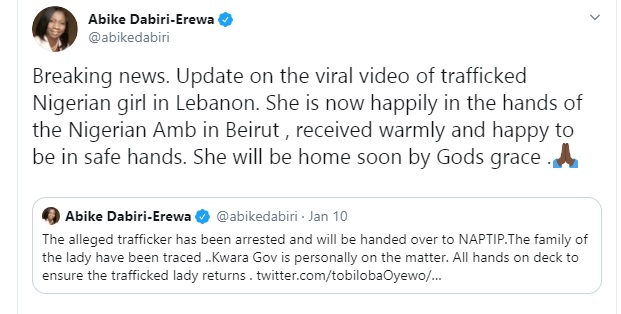