Lionel Messi has sent a message to Ernesto Valverde after the man was sacked as Barcelona coach. 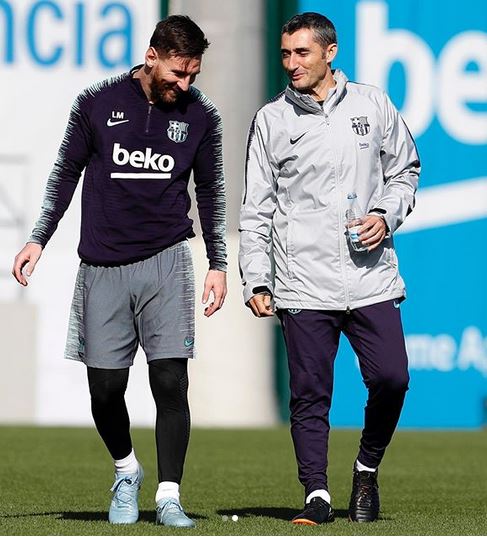 World best footballer, Lionel Messi has taken to social media with a farewell message for former Barcelona head coach Ernesto Valverde, who was sacked by the LaLiga club on Monday.

"Thanks for everything, gaffer," Messi wrote on Instagram on Tuesday. "I'm sure everything will go well for you wherever you go because, as well as being a top professional, you're also a top person. Good luck and a big hug."

During Valverde's two and a half seasons in charge, a Barcelona side led by star striker Messi won two LaLiga titles, one Copa del Rey and one Spanish Super Cup, but suffered painful Champions League knockout-stage exits to Roma and Liverpool in 2018 and 2019, respectively.