Fresh crisis has reportedly hit hard at the All Progressive Congress as Adams Oshiomhole gets revolted against. 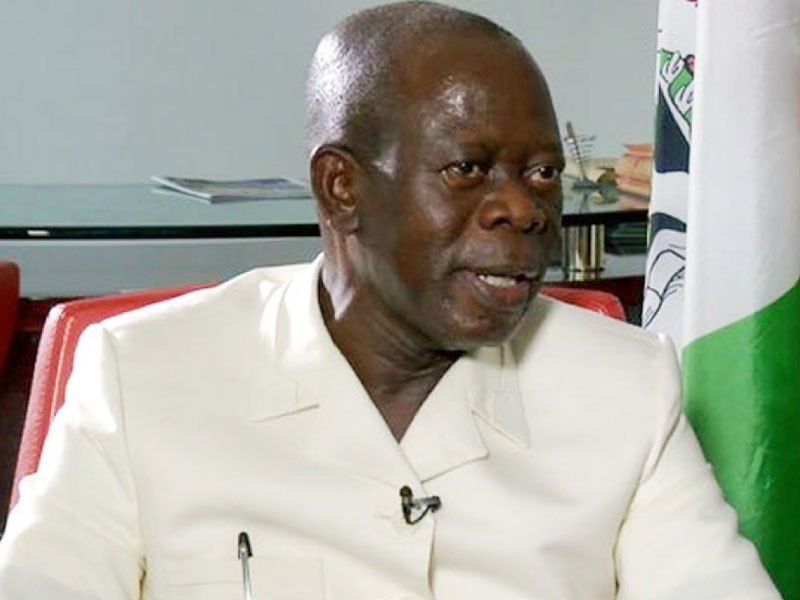 According to Sun News, the crisis rocking the All Progressives Congress (APC) took a disturbing dimension on Tuesday when members of the National Working Committee (NWC) revolted against the national chairman, Adams Oshiomhole, during the first NWC meeting.

The love lost among the NWC members calling for the head of national chairman degenerated on Tuesday when one of the NWC members insisted that he was no longer qualified to preside over the meeting of the party because he had been legally suspended by the Edo State party.

Addressing newsmen after storming out of the meeting, the National Vice Chairman (North East), Mustapha Salihu, hinged the reason for the recent crisis on the unilateral endorsement of Waziri Bulama to fill the vacant position of the party’s national secretary.

He threatened to drag him to the Department of State Services (DSS), and other security agents should he continue to preside over any meeting without vacating the order legally suspending him from the party.

He blamed all the problems confronting the ruling party on the high handedness of the former Edo State governor, revealing that he had ruled the party dropping the name of President Buhari to ensure any decision went his way.