Mbaka had predicted that Uzodinma will take over from Emeka Ihedioha as Imo Governor in 2020. 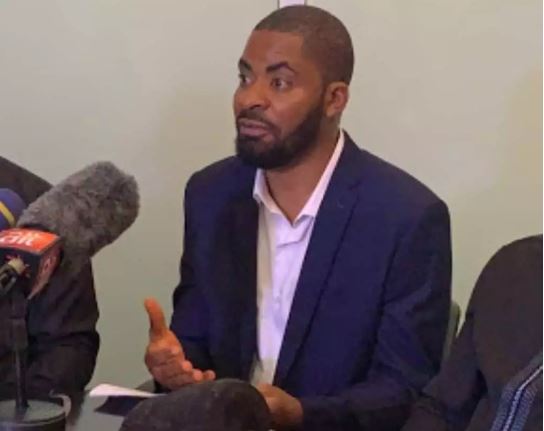 The apex court had on Tuesday removed Gov Emeka Ihedioha of the Peoples Democratic Party, PDP, and declared the All Progressive Congress, APC’s Hope Uzodinma as the Governor of Imo State.

Delivering the judgment, Justice Kudirat Kekere-Ekun said 236,000 votes due to Uzodinma and APC from 318 polling units were wrongly excluded and should be added.

Reacting, Adeyanju wondered how APC who came fourth in the governorship election emerged winner even as he mocked Rev. Father Ejike Mbaka.

Mbaka had predicted that Uzodinma will take over from Emeka Ihedioha as Imo Governor in 2020.

According to Adeyanju, the Supreme Court judgment and happenings in the country were only possible in a ‘Zoo’.

On his Twitter page, he wrote: “Hope Uzodinma of APC who came 4th with minimal votes declared winner by Supreme Court. What a regime! Nigerians go hear am TA TA TA TA.

“Mbaka, the real man of God.

“How do you explain what the Supreme Court just did to Law Students, Law teachers and Junior Lawyers

“These things can only happen in a Zoo.”