Nigerians have accused Gov Nyesom Wike of disrespecting and belittling the traditional rulers while addressing them. 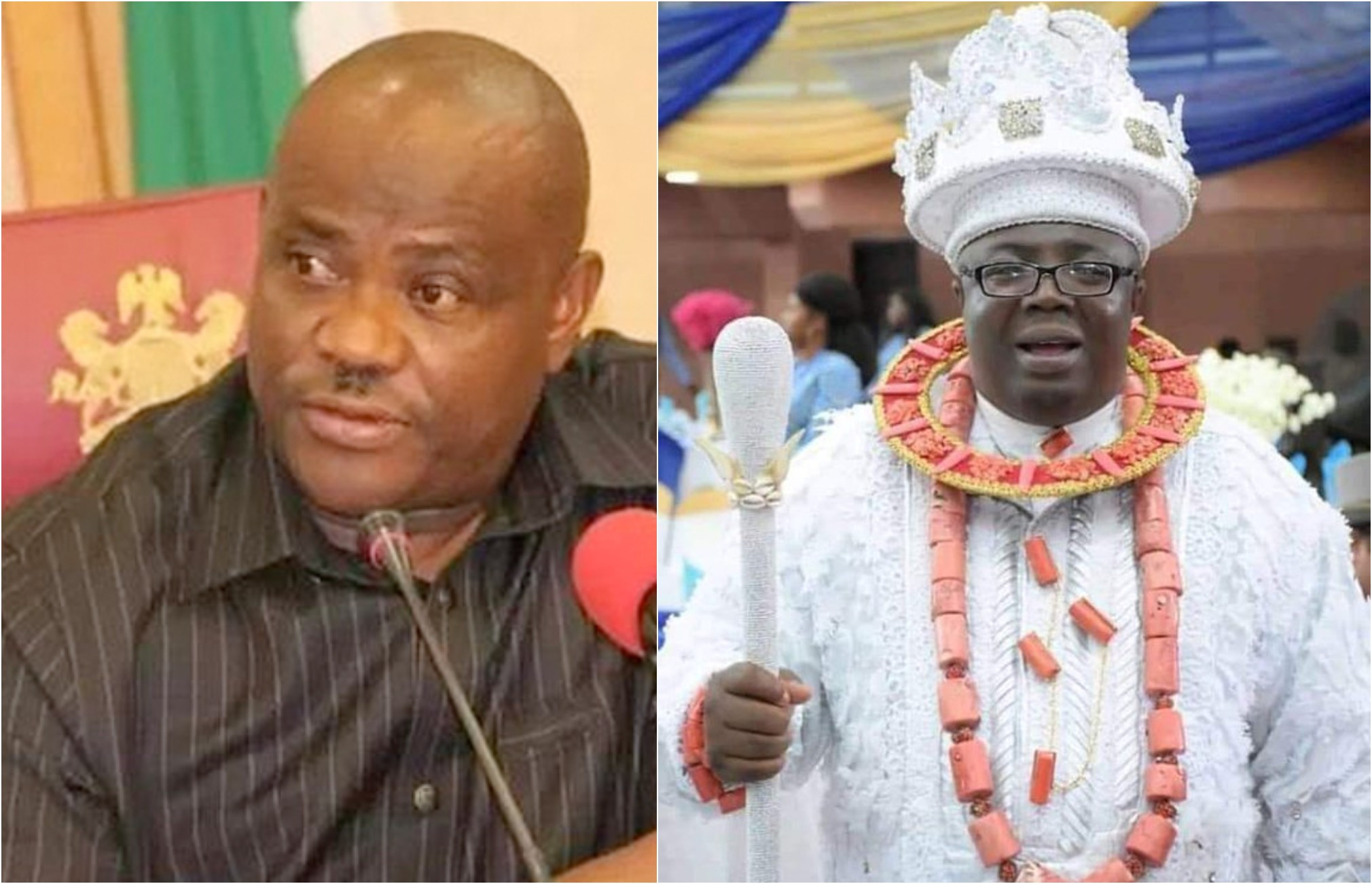 Governor Nyesom Wike has been accused of denigrating traditional rulers in Rivers State after a video from a recent meeting surfaced.

In the viral video, the Rivers State Governor threatened to dethrone any traditional ruler who will appear for a meeting again without his staff of office.

Nyesom Wike who also mocked one of the monarchs he accused of being fake for nodding to all he said, recalled knowing him while he was still a kid.

Nigerians who reacted to the video, accused of Governor Wike of denigrating the monarchs. The monarchs were also accused of belittling themselves because of the money they get from the government.

See reactions to the video below; 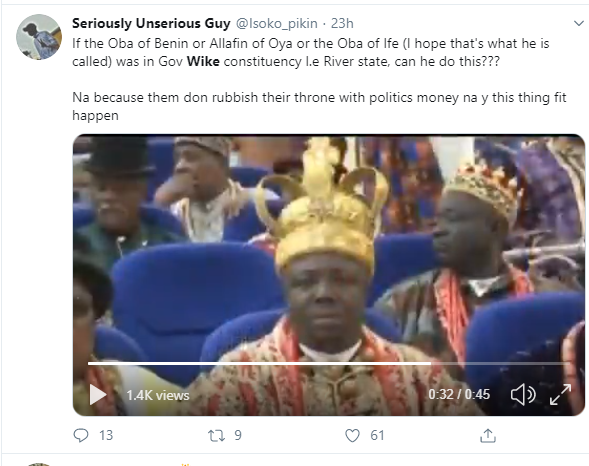 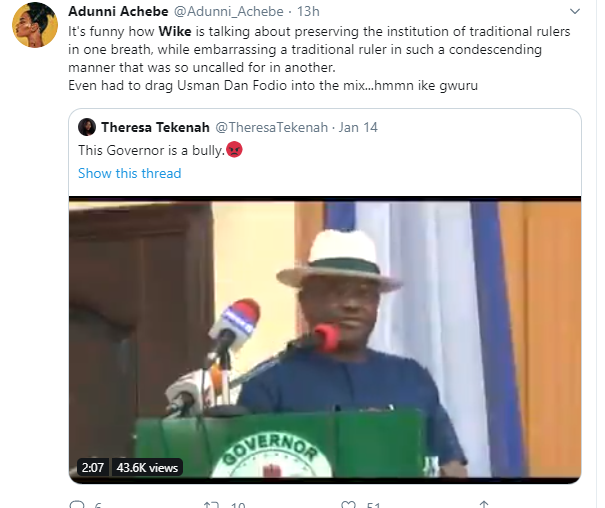 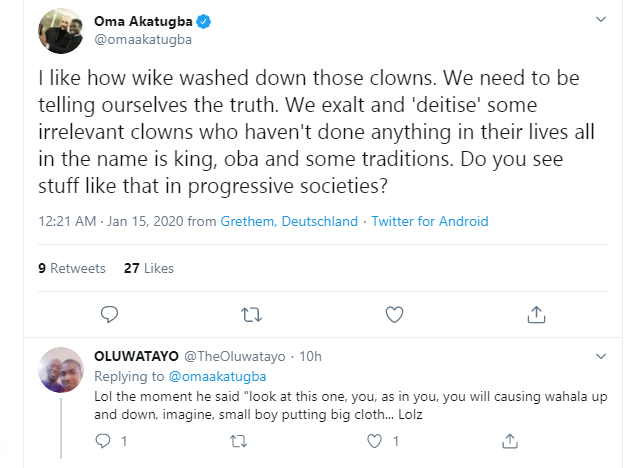 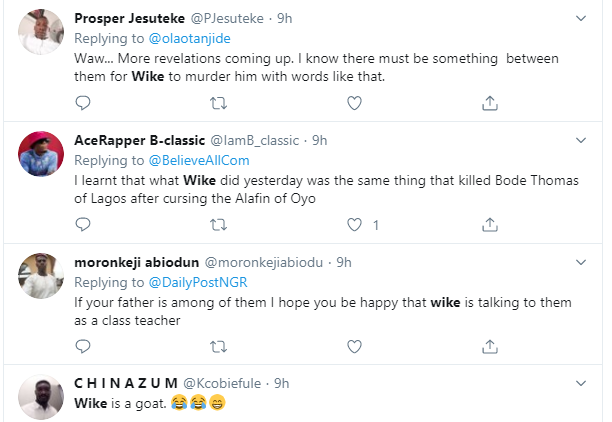 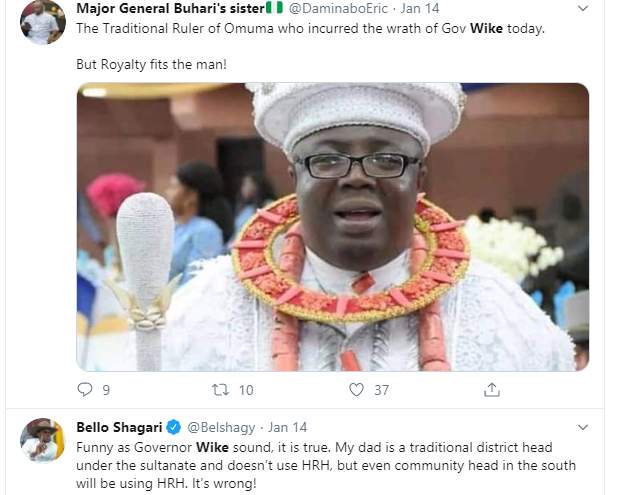