Nigerian Nobel laureate, Wole Soyinka has declared that the Operation Amotekun put in place by Southwest governors has come to stay. 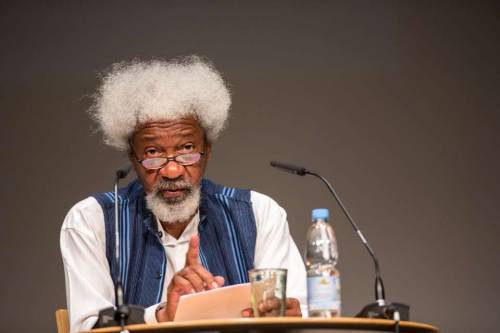 Nobel Laureate Professor Wole Soyinka has declared that the establishment of Operation Amotekun by Southwest governors ‘has come to stay irrespective of its legality’, PM News reports.

Soyinka said the supplementary security outfit launched in Ibadan last week, came up as a result of series of meetings by the leaders of the region to curb insecurity issues that the existing security bodies have not been able to put an end to.

The Nobel Laureate prize winner made this known at the ongoing press conference at his Kongi’s Harvest Art Gallery, Freedom Park, Lagos, opposing the Justice Minister and Attorney-general of the Federation, Abubakar Malami, who declared the security outfit illegal.

“Amotekun is a result of meetings to curb menace in the region,” he said.

“Some people who have been sleeping all this time, taking belated actions while villages are been wiped out are now telling us this…that people do not have right to flush out the evil ones among them which the exiting security outfits have not been able to do.”

“I think they should go back to sleep because Amotekun has come to stay,” he added.