Popular Nigerian singer, Di'Ja has made her acting debut in a new movie alongside other top stars. 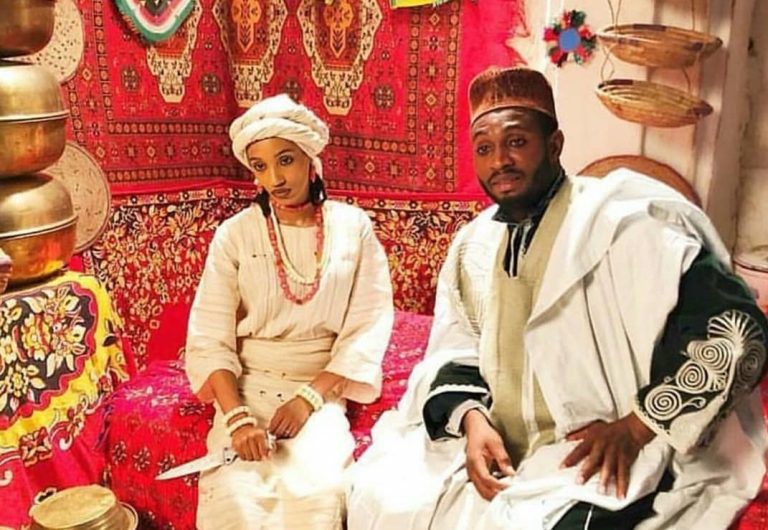 Di'ja and Sadiq Sani Sadiq in 'Mati A Zazzau'

Di’ja stars opposite Sadiq Sani Sadiq in the film. It is a lead role.

The film is a sequel of the 2014 Kannywood hit comedy movie, ‘Mati Da Lado’.

It was a comical film about two brothers, Sadiq and Lado, who went about different villages pretending to be Islamic clerics and scamming people in the process.

It tells the story of a comical and dubious traveller, Mati, who arrives Zaria and is up to no good.

The film was produced by Rahama Sadau and Saddiq Sani Sadiq.

It would be screened at Filmhouse Ado Bayero Mall, Kano, from February 7.

It was directed by Yaseen Auwal and shot in various locations in Bauchi State.

The movie’s production began in 2017.