A man has died a painful death after her neighbour stabbed her for playfully touching her. 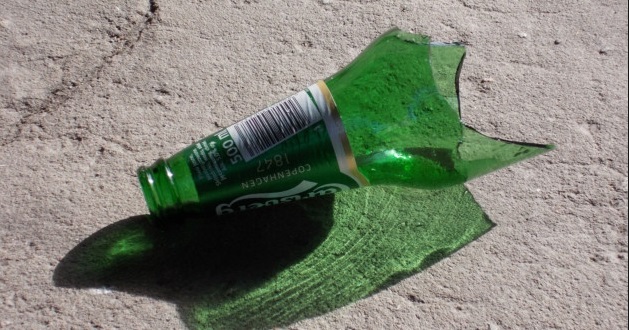 Broken bottle
A 35-year-old woman, Stella Olowofoyekun, was, on Friday, remanded in a correctional centre by a Yaba Chief Magistrates’ Court in Lagos for allegedly stabbing her neighbour to death with a broken bottle.
The defendant, who is a petty trader, is facing a count charge of murder, but her plea was not taken.
Chief Magistrate Oluwatoyin Oghere, ordered that the defendant be kept at the Ikoyi Correctional Center, Lagos, pending legal advice from the Lagos State Director of Public Prosecution (DPP).
Oghere, thereafter, adjourned the case till March 24.
Earlier, the Prosecutor, Sgt. Modupe Olaluwoye, had told the court that the defendant committed the offence at 11:30 p.m. at Mati Community, Snake Island, Apapa area of Lagos.
She said that the defendant had stabbed her neighbour, Mr Monday Bella, to death with a broken bottle because he was playfully touching her.
According to Olaluwoye, the deceased was touching the defendant on her waist, but she kept telling him to stop but he refused.
She told the court that the situation escalated into a serious banter, which led to the defendant picking up a broken bottle and stabbing him in the neck.
She said that other neighbours rushed the deceased to a hospital, but he was declared dead on arrival.
According to the prosecutor, the offence contravenes Section 222 and punishable under Section 223 of the Criminal Laws of Lagos State, 2015 (Revised).
The News Agency of Nigeria (NAN) reports that Section 223 stipulates death penalty for the offence of murder. (NAN)
Top Stories