A player has fractured his skull and shattered his eye socket while playing in the Championship. 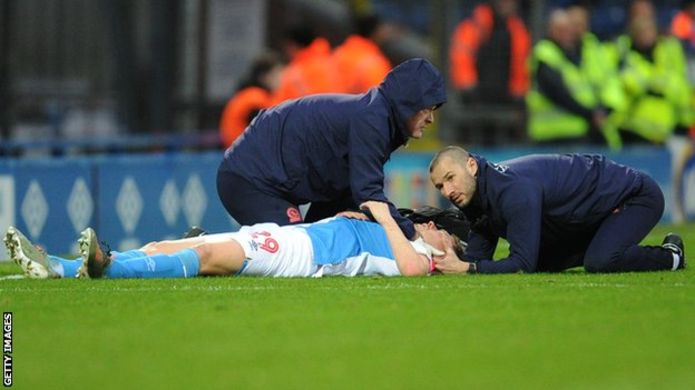 The player suffered a horrific injury

Blackburn midfielder Corry Evans suffered a fractured skull and shattered eye socket after he was caught by a high boot in the Championship draw against Preston.

The Northern Ireland international, 29, faces a lengthy spell on the sidelines, reports the BBC.

“As a club we will support him through this next period,” Rovers boss Tony Mowbray told BBC Radio Lancashire.

“He’ll be having his operation soon. I don’t think it’s right to put a timescale on it. He’s going to have a plate in his forehead as his eye socket has been fractured and it’s something we need to assess through time.”

Following the match, it was thought that Evans had sustained a broken nose and cheekbone. But following a number of scans and x-rays in the days afterwards, his injuries were shown to be more severe.

Both the club’s medical team as well as the medical staff of the Northern Ireland national team have been in contact with Evans over the course of the week.

Mowbray added: “I’ve said to him ‘there’s no rush, no one is standing here saying we need you back in a couple of weeks.’ First and foremost we need to think of Corry and his family.

“Our medical department have been there every day with his family and he seemed in good spirits when I spoke to him.”