The story has been told of a young woman who disappeared from sight after being arrested by the Nigerian police. 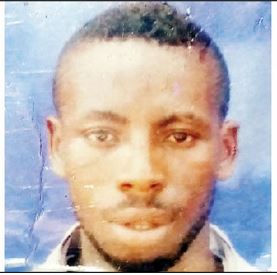 According to a report by Punch Metro, the family of one Imonima Robinson, whose whereabouts remain unknown since he was arrested by the police on August 1, 2019, said they were finalising moves to sue the Nigeria Police over his disappearance from custody.

The family, who spoke to Punch Metro through their lawyer, Mr Godwin Omereje, explained that apart from preparing to drag the Nigeria Police to court, they had also applied for a coroner’s inquest into the suspected death of Robinson in police custody.

The family had maintained that the last time they saw him was inside the cell at the Inspector-General of Police Monitoring Unit in Aluu, Rivers State.

It was gathered that Robinson was arrested for being a friend to a suspected kidnapper and was kept in custody against a court order that directed his immediate release.

But Omereje told Southern City News that though he got information from a reliable source that Robinson had been extra-judicially murdered by the police, the application for a coroner’s inquest would expose how he was killed.

Omereje alleged that Robinson was buried in an unmarked grave after being tortured by the police.

He stated, “Information made available to me is that the man has been killed by the police. He was buried in an unmarked grave by men of the IGP Monitoring Unit.

“Somebody who was released from there (IGP Monitoring Unit in Aluu) gave me this information. I have applied for the coroner’s inquest.”

He explained that the suit against the Nigeria Police was aimed at claiming damages for the wife and daughter of the victim.

“I want to file a suit against the Nigeria Police to claim damages for Imonima Robinson’s wife and the daughter,” the lawyer added.

On the torture and death of a mechanic inside the Mile One Police Division cell, Omereje expressed the need for the Nigerian Bar Association to show more commitment to the security of Nigerians.

He described the killing of innocent Nigerians in police custody as the worst thing that could happen to a country, adding that the NBA should stand up to its responsibility.