Members of the Police force have been spotted surrounding the venue for Amotekun rally in Lagos state. 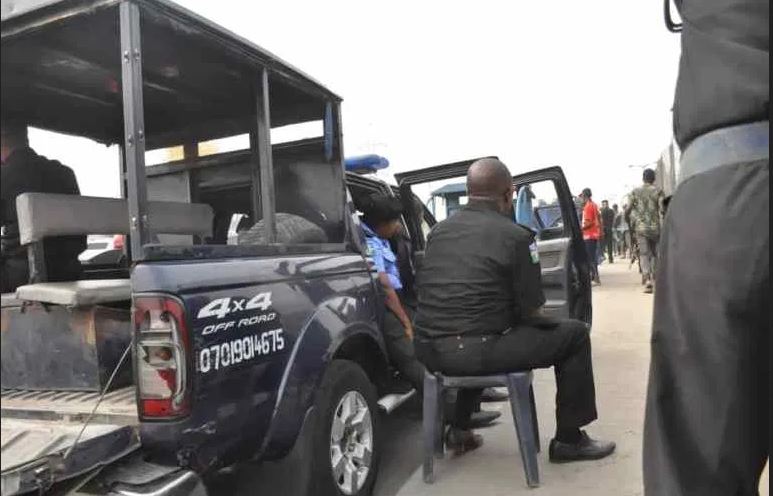 The police on Tuesday, Barricaded Gani Fawehinmi park which was meant to be one of the meeting points for “Operation Amotekun,” security outfit in the South West region rally scheduled for today, 21 Jan. 2020.

Members of the Yoruba socio-Cultural group, the Odua Peoples’ Congress (OPC) as well as those from the Yoruba World Congress (YWC) and the supporters of Amotekun, a security outfit organized by the South-West Governors, on Tuesday staged a massive protest at Ojota over plans by the federal government to outlaw the outfit.

As early as 7:00am armed mobile policemen, took over the Gani Fawehinmi Park in Ojota, venue of the protest code-named “Amotekun Solidarity Walk” .

The walk was called at the instance of the Yoruba World Congress (YWC). It is expected that the walk would take place in all the six South-West states comprising Lagos, Ogun, Oyo, Osun, Ondo and Ekiti.

Recall that Governors in the South West region had established and inaugurated the security outfit to curb the menace of herdsmen attacks in their region.

Following the takeover of the venue of the protest by the police, the protesters took to the streets of Ojota to stage the protest.

There has been reports that there was the deployment of heavily armed policemen in the area to ensure that the protest did not hold.

One of the leaders of the group is currently in talk with police while people hang around the venue.