Cattle have allegedly destroyed close to N17 million worth of rice farmland in Akpugo community of Enugu State. 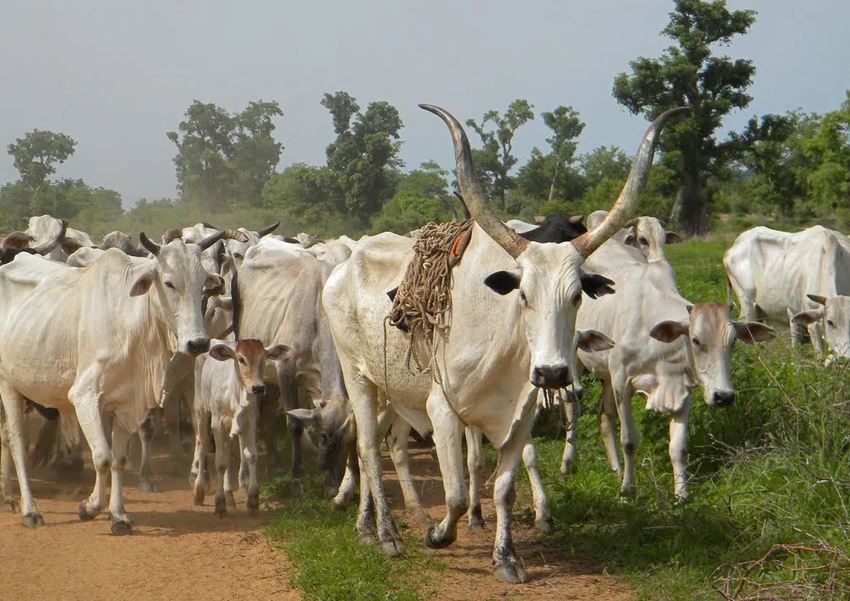 Over N17 million worth of rice farmland has been destroyed by grazing activities of cattle in Oji-Agu axis in Akpugo community in Nkanu East Local Government Area of Enugu State.

Briefing newsmen on the massive destruction of the rich farmland in Enugu on Wednesday, Mr Ekene Uzodinma, the Manager of Excellent Integrated Farms Ltd., said that herds of cattle had eaten up over eight hectares of farmland that the company cultivated.

Uzodinma lamented that the herds also devoured some heaps of unprocessed paddy rice kept in the farmland, which was waiting to be sent to the milling machine.

“From the market value of local rice now, the eight hectares should produce at least 80 tonnes of rice as a finished product and it is nothing less than N17 million in evaluation,’’ he said.

“Presently, my workers, other farms and villagers are afraid to go to the farms again due to the unrelenting activities of the herds; while the herdsmen are threatening to brutally deal with anybody stopping their cattle from grazing.

“Initially, we tried our best to wade them off, especially during the rainy season and the swampy nature of the rice farm also kept the herdsmen and their herds away.

“However, when we started harvesting and the dry season rolled in; in early December, we were constantly chasing them away until Dec. 15; when they started coming into the rice farmland during the late evening and night hours.

“On that fateful, I was summoned to the farm by my workers at about 7 p.m., when they were overwhelmed in chasing hundreds of cattle away and before the next morning they had eaten up and totally devoured and devastated the whole rice farm,’’ he said.

Uzodinma said that he had written twice to the state governor, police commissioner, other security agencies and Farmers/Herders Peace Committee for about a month now but there was no response and no phone call from these quarters.

“It is only the Nigeria Security and Civil Defence Corps that came to the scene of the devastating and anger-provoking farm to ask some questions, took some notes and pictures,’’ he said.

He, however, said that he was exploiting diplomatic means to seek redress and get the authorities to intervene, especially as the company planned to cultivate 200 hectares of farmland in the state this year by involving no fewer than 100 youths in agriculture.

“It is shocking that we do not have political authorities and law enforcement agencies that really care about the people as activities of these herdsmen and their cattle have made many villagers not to go to farm any longer.

“Why should herds of cattle graze at night. Why should a large number of herds be controlled by underage youth?

“What is the fate of farming and the government’s plan to return youths and people to the farm in the state and boost the state economy through farming.

“What is the fate of various Federal Government farming intervention programmes as the farms are no longer safe for our people,’’ he queried.