According to media influencer, Pamilerin, lack of funds kills a marriage faster than lack of love. 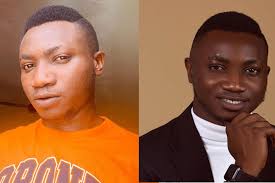 Taking to his Twitter page, Omo Iya Ologi, noted that though love is the greatest gift of all, money answers all things.

He went on to advise his followers to make sure they are financially solid before getting married. Pam Pam wrote on Twitter;

“Lack of money ruins marriages faster than lack of love. With money, you can endure loveless marriages. Without money, it is hard to endure even loving marriages. Love is the greatest gift of all, but, “money answers all things!”- Make sure you make MONEY before you Marry!”

The above statement generated multiple reactions on the micro blogging platform, see what people had to say below;

@TheNeozion: You this Pamilerin boy ehen . You sense is just too much you decide to borrow your elders sense this morning but let’s hope they listen . Me I even believe that you have absolutely nothing to do with women if you don’t have a job that can sustain you and at least a partner .

@theisaacola: As controversial as this seems, it’s nothing but plain truth.
Adam had work, alongside a well prepared garden, before Eve landed.

@Micbliss: This doesn’t just apply to Men alone. Women too should make their own money. Nobody wants a liability. With both of them earning, it’s easier to focus on the love.

@johnawele: in the event u don’t make money ,what happens?Become a monk?I totally agree that money is vital in marriage..but then this girl just comes ur way even when u r broke,then love enters ur eyez,then u start reasoning marriage while still broke o,pls babes stay away frm broke guys

@MistaYawan: Love is patient, love is kind, love takes no record of wrongs, love is not boostful, love is forgiving, is not easily angered… Without money if you have this kind of love, you marriage will be bliss, but if you think money will repair a broken marriage think again.