The marriage of this unnamed man seems over after someone sent him some damaging contents about his legally-married wife.

Relationship adviser and blogger, Joro Olumofin has shared the story of a man whose wife appears to be cheating on him.

He was shocked when he received text messages of his wife's n*ked pictures with two men. According to his account, his wife was seen in the pictures holding a man's manhood and also licking his nipples while she smiled at the camera.

Initially, all efforts to reach her failed and she was with their children. He later found out her location but presently, it appears she isn't interested in the marriage anymore.

The man has threatened to involve a lawyer and the police to retrieve the kids from the estranged wife and he is set to move on with his life without her.

Read the mind-boggling story below: 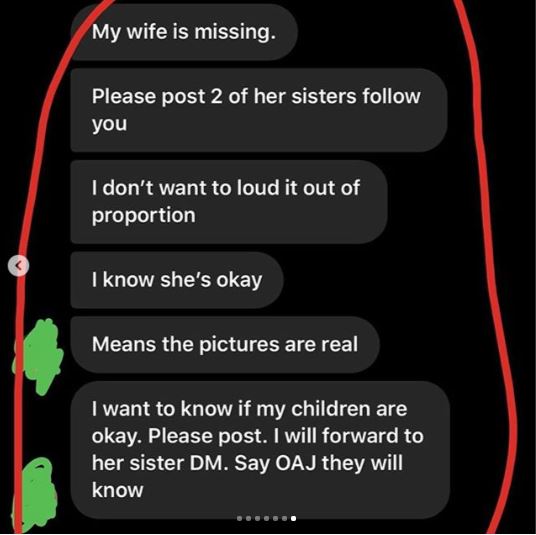 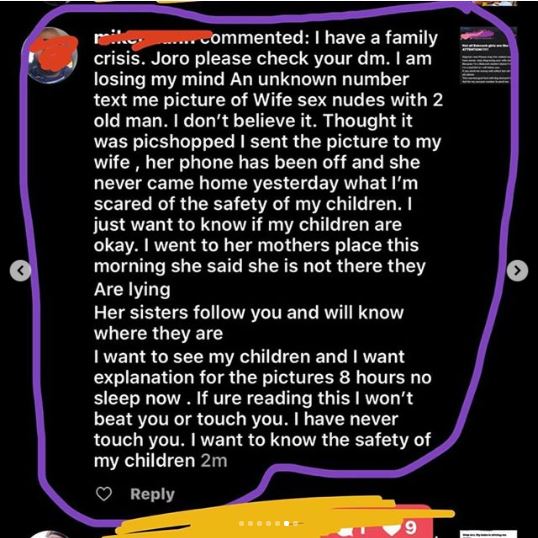 Read the second batch of the story after his wife was located: 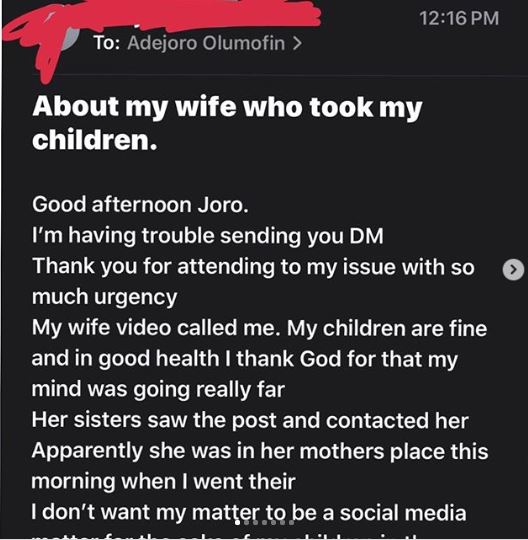 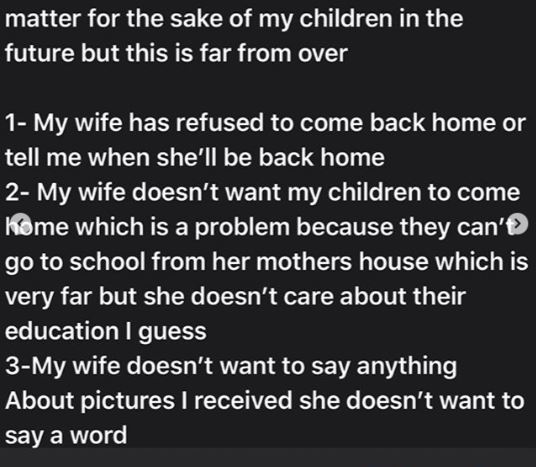 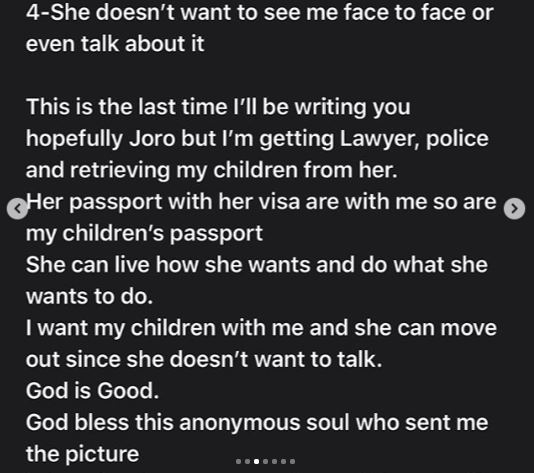 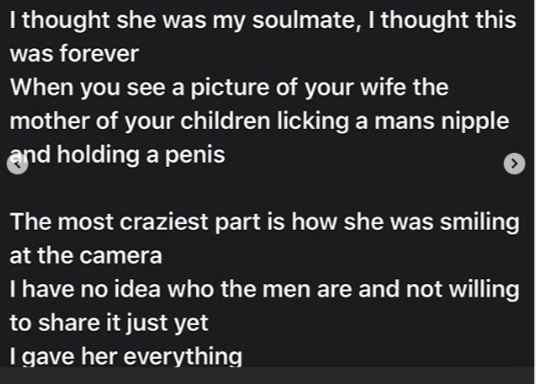 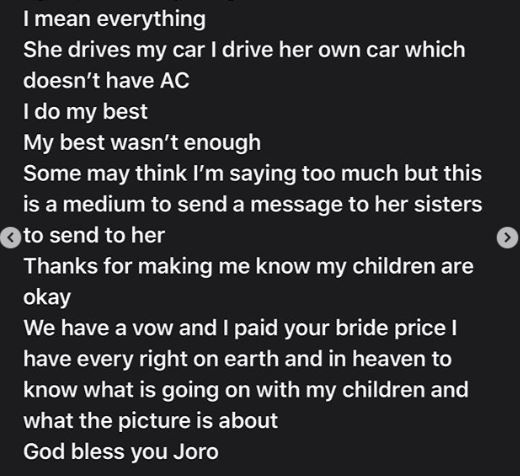