Yakasai said allowing Amotekun to operate in the south-west could make other regions to create armed security outfits. 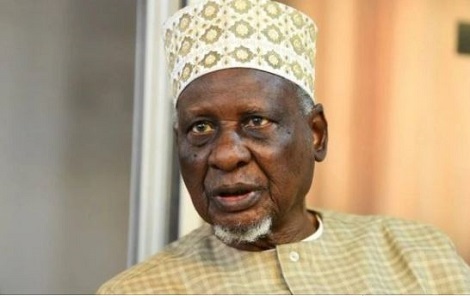 Tanko Yakasai, an elder statesman, has asked the federal government not to allow the Western Nigeria Security Network code-named: Amotekun.

The security outfit was floated by governors of south-west states to check the rising insecurity in the region.

There have been different reactions to the group since it was established on January 9.  On Friday, the federal government and governors of states in the south-west agreed on drawing up a legal framework for the initiative.

But speaking with reporters at the Sheraton Hotel, Lagos, on Saturday, Yakasai said allowing Amotekun to operate in the south-west could make other regions to create armed security outfits.

“If Amotekun is allowed, soon it may spill over to other regions and may become out of control when other regions come up with armed security outfits that may lead to uncontrollable situation in the country,” he said.

Yakasai also spoke on the 2023 presidency, advising the south-east to work hard and convince other parts of the country to accept a candidate from the region.

“They have to convince the rest of the country to accept whoever they put forward to be accepted.”

The founding member of Arewa Consultative Forum (ACF) said there is need for mass-based political parties that would be controlled by the masses and not by a few individuals.

“In our days, nobody ever claimed to be the owner of NPN, NCNC, NPP among others. The people must make sure they take ownership of the party,” he said.

“I hope the people will try to turn the parties to the masses. The mistake former President Olusegun Obasanjo made to say he was the national leader of a party killed the Peoples Democratic Party (PDP).”

Yakasai said that when ownership of power is controlled by entire members, the internal electoral process would become better.