The herdsmen were responsible for various high profile kidnappings in the eastern Nigerian state of Enugu. 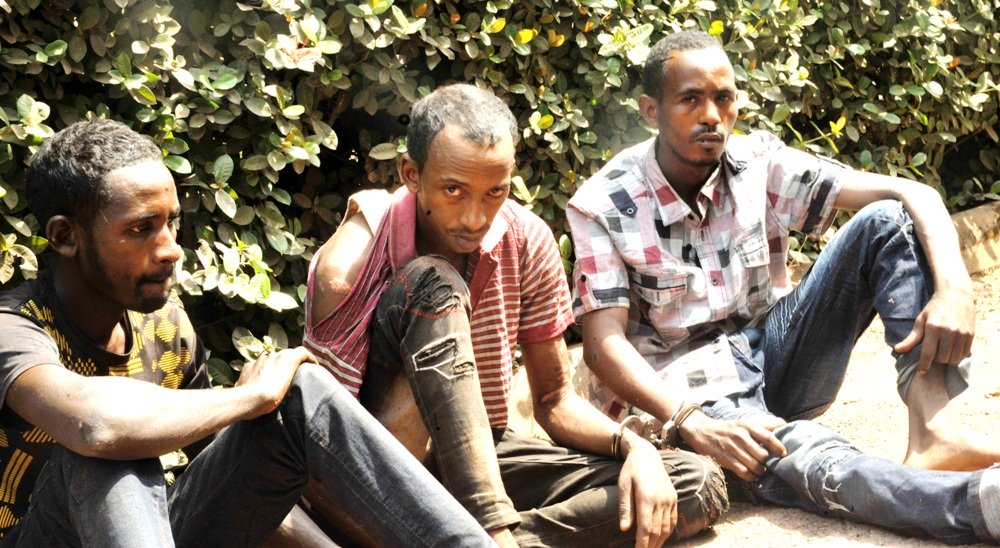 According to The Nation, three herdsmen said to have been terrorizing Enugu state and environs have bee arrested by the Enugu state police command.

The herdsmen were responsible for various high profile kidnappings in the state.

The suspects include Adamu Mohammed (AKA suleiman) from Taraba state, 25 years; Musa Ibrahim from Katsina State , 28 years and Dauda Alhaji from Nasarrawa state, 31 years were arrested on the 18th and 22nd January, this year at their various hideouts in Ebony state.

The gang was responsible for the kidnap of a Catholic priest, Rev. Fr. Cyprian Ugwuanyi, the parish priest of St. Paul Catholic Church, Ogbosu Umulokpa in Uzo-Uwani LGA of Enugu State on the 10th of January, 2020 along Ezeagu/Uzo-Uwani road in Olo Village at about 5:30PM.

The kidnap kingpins were also responsible for the kidnap of PDP women leader in Igbo-Etiti LGA, her son and her driver along Enugu/Ugwogo/Opi/Nsukka road on the 21st of December, 2019 at about 7:30PM .

They were also culpable in the kidnap of Mr. Ejike Ugwuanyi on the 14th of January, 2020 at Obollo Afor and John Okoli, his mother and two sisters at the boundary between Umumba in Ezeagu LGA of Enugu State and Ebenebe village in Anambra State.

All their victims have long been rescued and reunited with their families.

Parading the suspects at the command’s headquarters in Enugu, the commissioner of police in Enugu state, CP Ahmed Abdurrahman said their arrest was made possible following the veracious pursuit of the suspects.

“The command pursued the suspects vigorously to one of their hideouts and recovered a GSM belonging to one of them. We trailed them and arrested them at their various hideouts in Ebonyi state.

“They will be charged to court immediately investigations are concluded by the command,” the CP assured.