The EFCC has arraigned the ex-commissioner for Finance in Kwara state, Engr Demola Banu for laundering the sum of N411million belonging to the Kwara State Government. 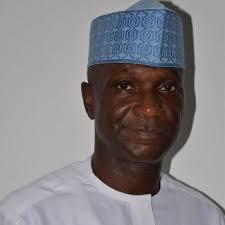 The immediate past Commissioner for Finance in Kwara state, Engr Demola Banu was on Wednesday ordered to be remanded in the custody of the Economic and Financial Crimes Commission (EFCC) by an Ilorin High Court over allegations that border on money laundering.

Banu was arraigned alongside an official of Travel Messenger Company Limited, one Olarewaju Adeniyi on a nine-count charge before Justice Babangana Ashigar led Court.

The EFCC alleged that the defendants conspired among themselves to launder the sum of about four hundred and eleven million naira belonging to the Kwara State Government.

Count one of the charges reads  “That you, Olarewaju Adeniyi, Ademola Banu and Travel Messenger Limited between January to December 2018 in Ilorin within the jurisdiction of this honourable Court conspired among yourselves to commit an offense, with conversion of the sum of #411,000,000.00 ( four hundred and eleven million naira) only, property of Kwara State Government,  which sum you reasonably ought to know was derived from fraud and thereby committed an offense contrary to section 18(a) of the money laundering (prohibition) (amendment) act, 2012 and punishable under section 15(3) and (4) of the same act ”

The accused persons pleaded not guilty when the charges were read to them in Court.

Counsel to the EFCC,  Nnaemeka Omewa told the Presiding Judge ” My Lord,  following the plea of not guilty entered by the defendants,  the prosecution shall be asking this honourable Court to give a trial date to enable us to prove our case, we also want you remand the defendants in Correctional Facility pending the hearing and determination of this case ”

Defense Counsel, Gboyega Oyewole and Bamidele Ibironke, however, prayed Justice Ashigar to grant bail to their clients,  arguing that the offenses in which the defendants are standing trial are bailable.

Prosecuting Counsel in opposing the bail applications of the Accused Persons, however, filed a counter-affidavit and urged the Judge not to grant the request.

Justice Ashigar adjourned the ruling of the application till the 10th of February 2020 and ordered the defendants to be remanded in EFCC custody.