Maryam Sanda's ex-classmate has talked about the unforgettable experiences they had together. 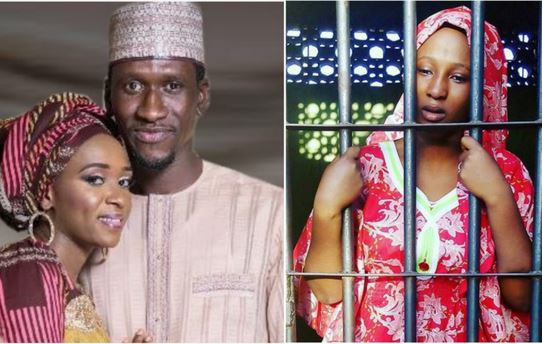 Maryam Sanda and her husband

Usman Rasheed, a Nigerian Twitter user, who is claiming to be a former classmate with Maryam Sanda, has taken to his page to write about the unforgettable memories they shared together during their MSc days.

Maryam Sanda was recently convicted and sentenced to death by hanging for killing her husband and father of her child, Bilyaminu Bello in 2017.

In the wake of the conviction and sentencing, the Twitter user with handle, @sir_ussy, said It's emotional that Maryam will be put to death by hanging, while disclosing how caring and loving she was during their MSc days in Dubai seven years ago.

Read what he wrote below: 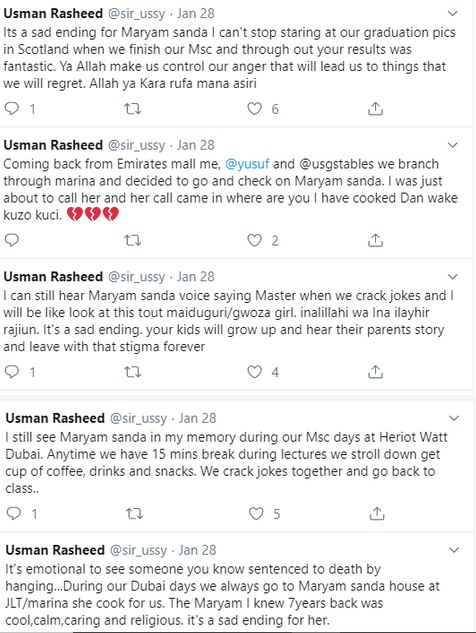