She also said that the three of their four children, lived with the defendant’s parents while the only girl, lives with her. 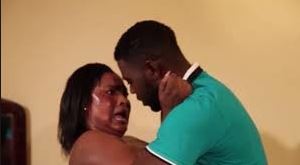 A housewife, Fatimah Abdulrasheed, on Thursday dragged her husband, Owolabi, before an Area Court in Ilorin, seeking legal divorce, saying she has been sexually starved.

The petitioner said she married Owolabi in 2012, NAN reports.

“I am not enjoying my sleep again. My husband is avoiding me in bed and has refused to make love to me. He is starving me of sex.

“Even when I try to make a move, he snubs me on bed. He also beats me,” she said.

She also said that the three of their four children, lived with the defendant’s parents while the only girl, lives with her.

The respondent was not present in the court to react to the wife’s allegation.

The Presiding Judge, Mr Abdulhameed Aliyu, adjourned the case until March 4, for continuation of hearing and for the defendant to appear before the court.