Pastor Enoch Adeboye has led his church members to protest the killing of Christians in Nigeria. 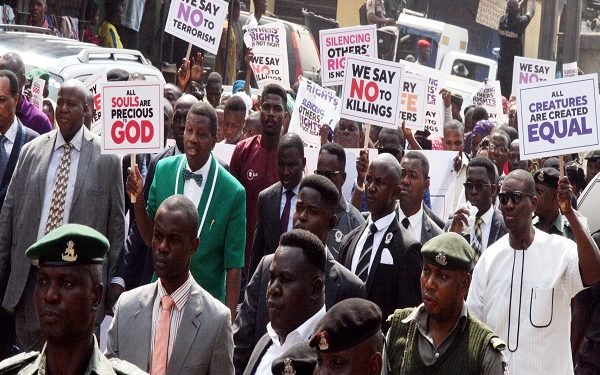 Pastor Adeboye leading his members on a protest
The General Overseer of the Redeemed Christian Church of God, RCCG, Pastor Enoch Adeboye has led his church members on a massive protest against the insecurity situation across the country on Sunday.
Adeboye made it known that the protest was particularly against the constant killing of Christians in the North and other parts of the country.
The man of God and the protesters started the march at about 11am shortly after the church service at RCCG’s National Headquarters in Ebute Metta, Lagos State.
Recall that Boko Haram had a few weeks ago beheaded the Chairman of Christian Association of Nigeria, CAN, in Michika Local Government Area of Adamawa State, Reverend Lawan Andimi.
Reacting to Andimi’s execution the Christian Association of Nigeria accused the Buhari-led federal government of colluding with Boko Haram to kill Christians.
See more photos below: 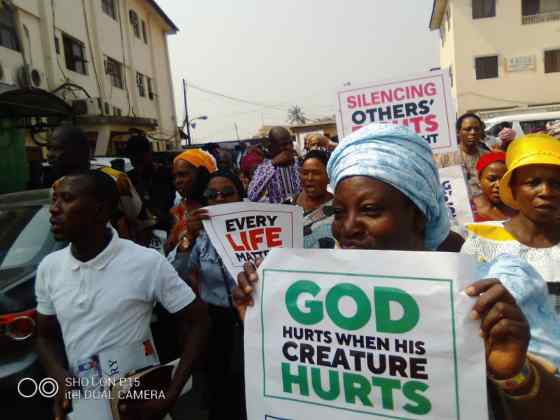 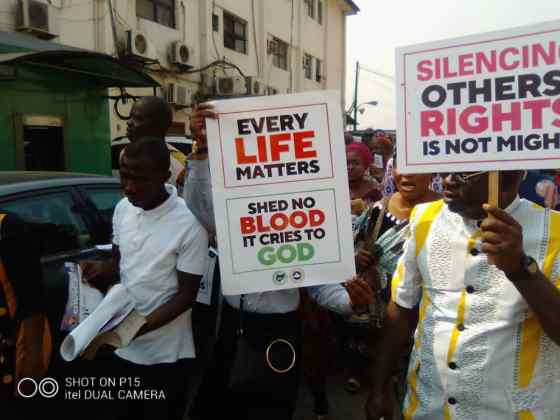 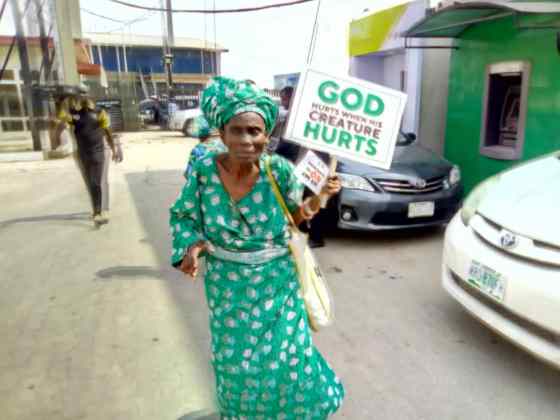