The Governor of Imo state, Hope Uzodinma is not happy with Emeka Ihedioha's bid to reverse supreme court judgement. 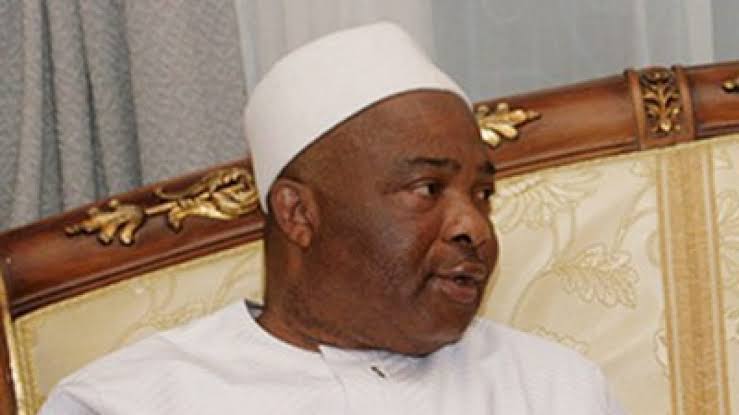 Hope Uzodinma
Imo State governor, Hope Uzodinma has expressed his displeasure over reports by ousted governor, Emeka Ihedioha's bid to return to the Supreme Court to seek a review of the judgement that removed him from office.
According to Sunnnews, Uzodinma described such move as based on falsehood, adding that as far as he was concerned the case has been done and dusted. Recalled that the court had on January 14, 2020 sacked Ihedioha of the Peoples Democratic Party (PDP) on the ground that he did not score the lawful majority votes in the March 9, 2019 governorship election.
The apex court, after adding the cancelled results of the 388 polling units to the votes scored by Uzodinma of the All Progressives Congress (APC), ordered that he be immediately sworn in as the duly elected governor.
But speaking to State House Correspondents after he was presented to President Muhammadu Buhari, by the National Chairman of the All Progressives Congress (APC), Adams Oshiomhole, he said the 60 days left for Supreme Court to look into that matter has already expired, hence Ihedioha was wasting his time.
Asked if he was not worried that based on Supreme Court’s computation of votes outnumbered those who voted and that it mightily likely reverse itself, Uzodinma said: “Well, I am not concerned, reason being that going back to the Supreme Court is based on falsehood. Because, the number of accredited votes outside the excluded votes is what we are talking about. But if you are going to court, you must go to court to discuss or talk about number of accredited voters including the excluded polling units. If you compute the number of accredited voters inclusive of the accredited voters, the figures are correct.
“We went to court with the issue of exclusion, we didn’t go to court with the business of election malpractices, violence and all of that. So, it is a peculiar case. My case can be likened to that of Jim Nwobodo and Onoh, and Omoboriwo and Ajasin. The position of the Supreme Court is that where an election has been announced in a polling unit, INEC is bound to collect the result and enter the result into the form EC8B.
Also speaking on the issue, Oshiomhole said the electoral body has been getting away with blue murder because Nigerians are not interrogating its processes that beg for answers.
According to the ruling party national chairman, “I think there is something the media has simply refused to focus on. With all due respect, a lot of the views that people parrot are derived from what I call electronic media lawyers.
On the opposition protesting the Supreme Court judgement, Oshiomhole said the ruling party has suffered a number of injustices from both the INEC and Supreme Court, but has chosen to ignore for the sake of democracy.
He said: “When I see people protesting, that is my primary constituency, to do protests but I don’t run after mad man when he is naked and I have to join him to run because I want to make a point. That is the reason we just allowed them to do the sort of thing they were doing. Have you also found out what happened in Sokoto? There are a lot of issues there that INEC cannot defend but we have to leave with the pain. Look at Rivers, for some technical reasons we were told we cannot even have candidates, and nobody asked questions. But because we are ruling party, we cannot just begin to go to the streets and begin to protest those things. You also know of another state Zamfara, where we won governorship, Senate, House of Representatives, Supreme Court said our primaries were not perfect, therefore those who were not on the ballot box were declared, so we live with that pain.
“If it is about mobilizing people to attack, we would have mobilized our supporters to the Supreme Court but that will not be a responsible behaviour in a democracy. So we live with the pain because we understand that, we operate under the principle of separation of powers. So please don’t accept those half truths that PDP is parading. We have stomached all of these because as they say two wrongs don’t make a right. If we chose to question on the streets of Nigeria, all of the impunity we have seen that have affected APC negatively coming from our courts, there will be no peace anywhere.
“But we have said that somebody must bear the price of peace, that is why we chose to keep quiet, it doesn’t mean PDP has any valid case. Ask Emeka Ihedioha how many local government areas did he score 1/4 votes, these are not classified matters.”
Top Stories