According to a social media user, some group of law students who came to a village in Kano to teach women about their rights were threatened by their husbands. 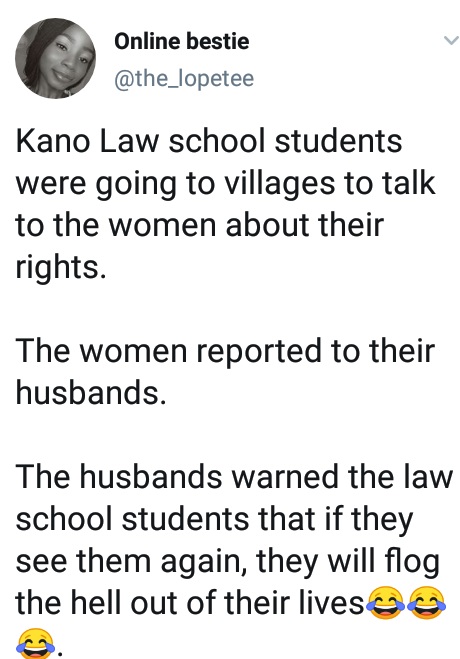 Some men have allegedly threatened to flog students of the Kano Law School, who went to villages in the state to talk to the women about their rights.

According to a Kano-based Mental Health Advocate, Lopetee, the women reported the students to their husbands.

The men reportedly claimed that the students were teaching their wives to be disrespectful and  warned them to never set foot in their villages or risk flogging.

"Kano Law school students were going to villages to talk to the women about their rights. The women reported to their husbands.

"The husbands warned the law school students that if they see them again, they will flog the hell out of their lives. Not everyone needs help." said Lopetee. 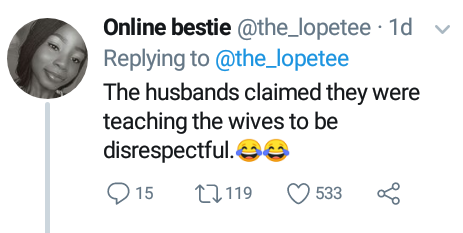 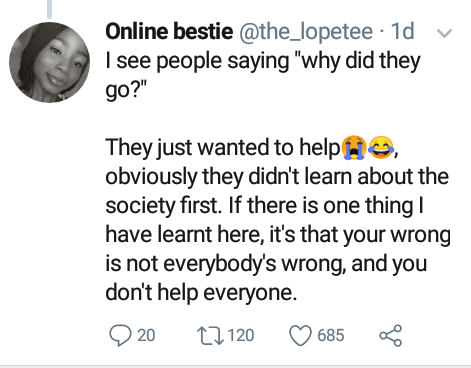