A Drug dealer who mistakenly sent a text to a police-issued mobile phone advertising his drugs while high has been arrested and sentenced. 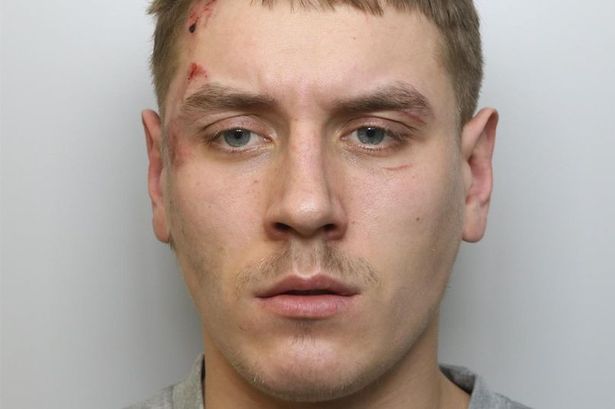 22-year-old Martynas Benosenko of Hyde Park was caught at Leeds Festival with more than £3,000 worth of cocaine and MDMA after he mistakenly sent a text to a police-issued mobile phone advertising the sale of the drugs.

Prosecutor Jessica Randall said Benosenko was arrested at the festival in Branham in August 2018 after security staff spotted him smoking cannabis and acting suspiciously. When they searched his bag, cocaine was found in 28 individual deals. A total of 67 MDMA tablets were also found in the bag as well as a small amount of cannabis.

Leeds Crown Court heard this week that the cocaine had a purity of 94% and the total street value of the drugs was £3,630.

Christopher Dunn, mitigating, said Benosenko had worked as a chef at TGI Fridays in Leeds but lost his job shortly before the festival.

Mr. Dunn said: "He decided to go sell drugs at Leeds Festival while completely high. He thought it would be a good idea, not having a clue what he was getting himself into.

"To say this was a Heath Robinson operation would be something of an understatement. He rocks up at the festival, takes a lot of these drugs himself, obviously turning attention to himself, and then sends his price list to the police.

"This is a man who lost his job and thought he could make a quick buck."

Jailing Benosenko for three years and four months, Recorder Joanne Kidd told him: "When parents allow their children and young people to attend these festivals, it is often with a degree of trepidation.

"You set out to earn a significant amount of money and the young people at the festival are vulnerable to people like you preying on their vulnerability and stupidity.

"There is not a single festival of this size that goes on without young people collapsing, becoming seriously ill and, in some circumstances, dying.

"The fact that you chose this venue to ply your trade is an aggravating feature."