Following the impeachment plot against US president Donald Trump spearheaded by Pelosi, she was snubbed by Trump after she tried to give him a handshake during the State of the Union address. 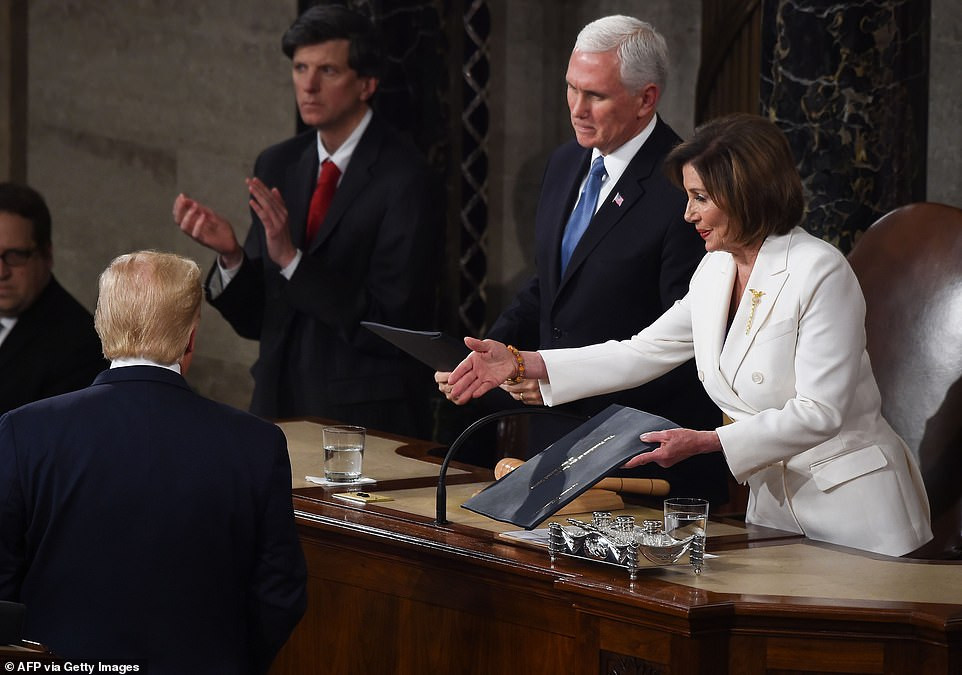 US president Donald Trump showed his dislike towards House Speaker Nancy Pelosi as he snubbed her handshake after giving her a copy of his written speech during the State of the Union address to congress at Capitol Hill on Tuesday night .

Trump, still unhappy at Pelosi's orchestrated impeachment effort towards him, turned away as the Speaker took her copy of his speech, then stood in front of a chamber with echoes of 'four more years' from Republicans - while Democrats sat stone-faced.

Pelosi, angered by Trump's snub, did not give Trump the typical introduction a speaker gives the president.

Traditionally, speakers introduce the president this way: 'Members of Congress, I have the high privilege and distinct honor of presenting to you the President of the United States'.

But Pelosi simply said: 'Members of Congress, the president of the United States.'

On Wednesday Trump is expected to be acquitted by the Republican majority senate over abuse of power and obstruction of congress charges leveled by the House of Reps against him. 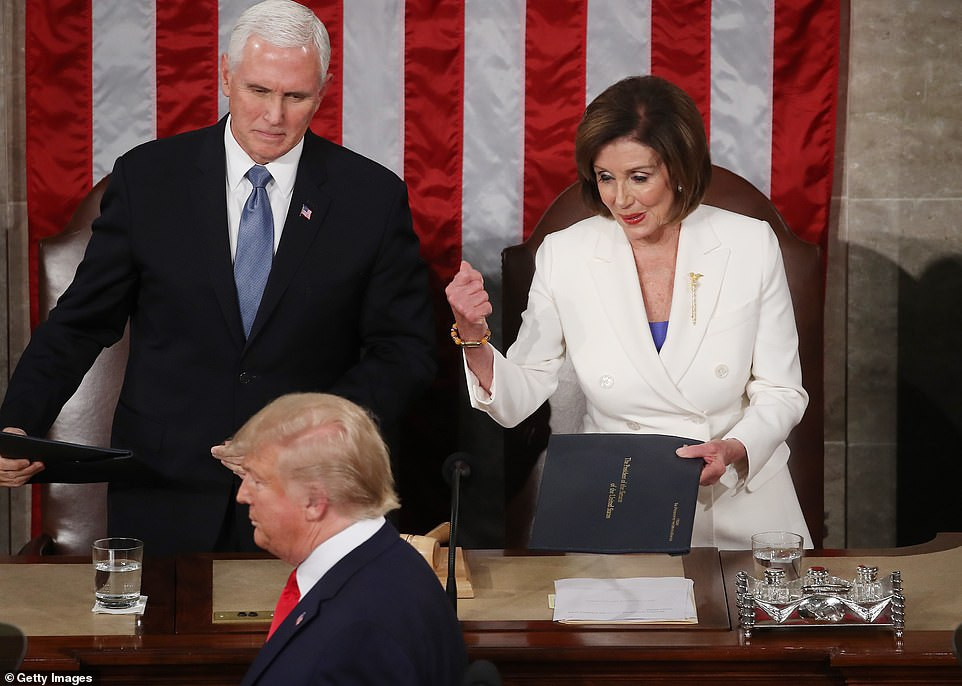 Watch the handshake snub below.