Governor Akeredolu Seeks For Legalization Of Marijuana In Meeting With Buhari


Ondo State Governor, Rotimi Akeredolu has met with the President to discuss the future of marijuana in the state and how it can be used for medical reasons. 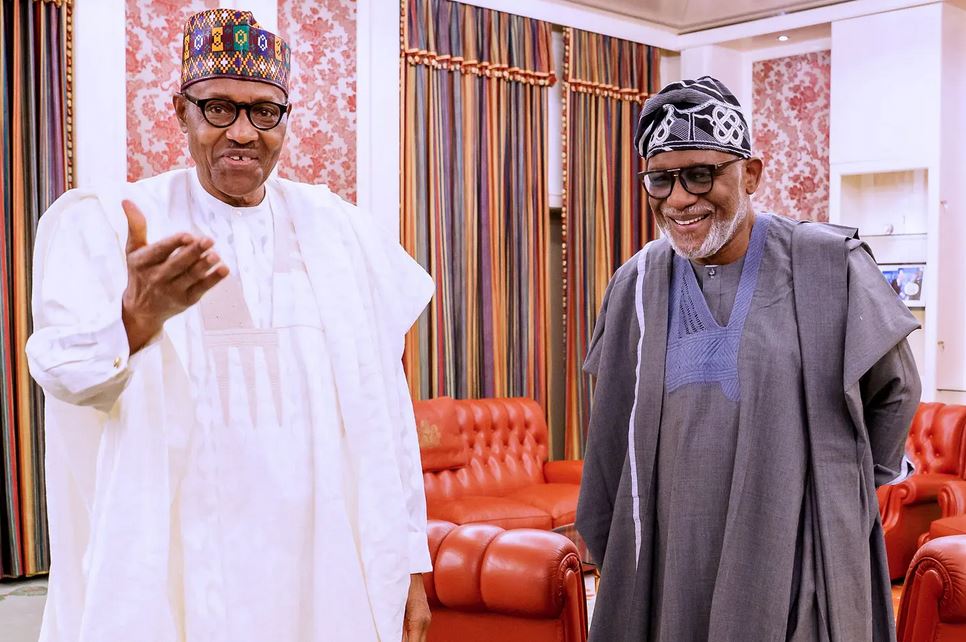 Governor Rotimi Akeredolu renewed his campaign for the legalization of marijuana in a meeting with President Buhari yesterday February 4, at the state house in Abuja.

Speaking to newsmen after the meeting, the Ondo State Governor said he met with President Buhari to officially invite him for the commissioning of a N5 billion Ore flyover and the industrial hub built by his administration.

Akeredolu said the Ore flyover which will be commissioned as part of the activities to mark his third year in office on February 24, was built over a federal highway because of the carnage that has taken place there.

“As you all know, I’ll be three years in office on the Feb. 24 and activities lined up in celebration of our third year in office include the inauguration of many of the projects which we have concluded.

“And that is why I have come to see the President and to personally invite him to inaugurate our iconic flyover that we have in Ore, which Ondo State built over a federal road because we have enough carnage at that spot in Ore.

“The flyover cost us over N5 billion. It is an important project to us.”

“It’s not because I take it; I take CBD, that’s the oil, for medical purposes. I am convinced about the use to which we can put marijuana.

“I know of the fact because we had to bring in experts, who have gone round and believe that the strain of marijuana that we grow in Ogbese in Ondo State is the best in the world.

“So, if you have that then a government must find a way to put it into good use.

“Our own is that the pathway to growing marijuana is for medical reasons, not for anybody to smoke.

The Ondo State Governor who debunked claims of publicly supporting Amotekun to secure a second term in office next year, revealed that he didn't talk about the South-West security outfit in the meeting with President Buhari.