A hippopotamus has been trapped and killed by fishermen in Samanaji town in Kebbi state after it was trailed for wrecking farmlands in the community. 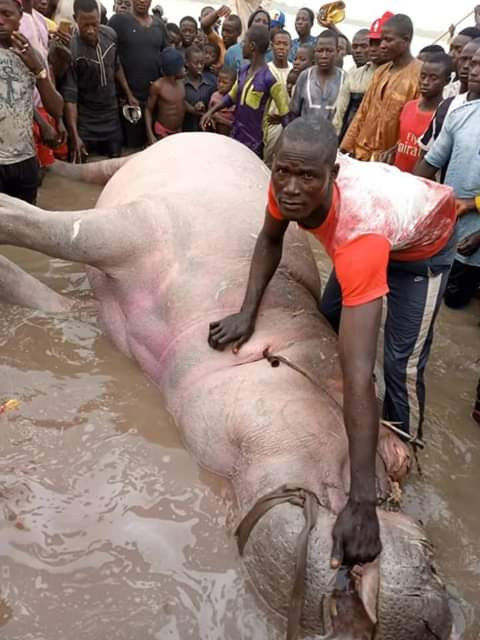 A hippopotamus has been trapped and killed by fishermen in Samanaji town in Koko Besse Local Government Area of Kebbi State.

The huge aquatic animal was killed for wrecking havoc on farmlands in the area.

According to local report, teams of fishermen who have been trailing and monitoring its movement for sometimes killed the sea animal.

Samanaji town is situated on the banks of River Niger. 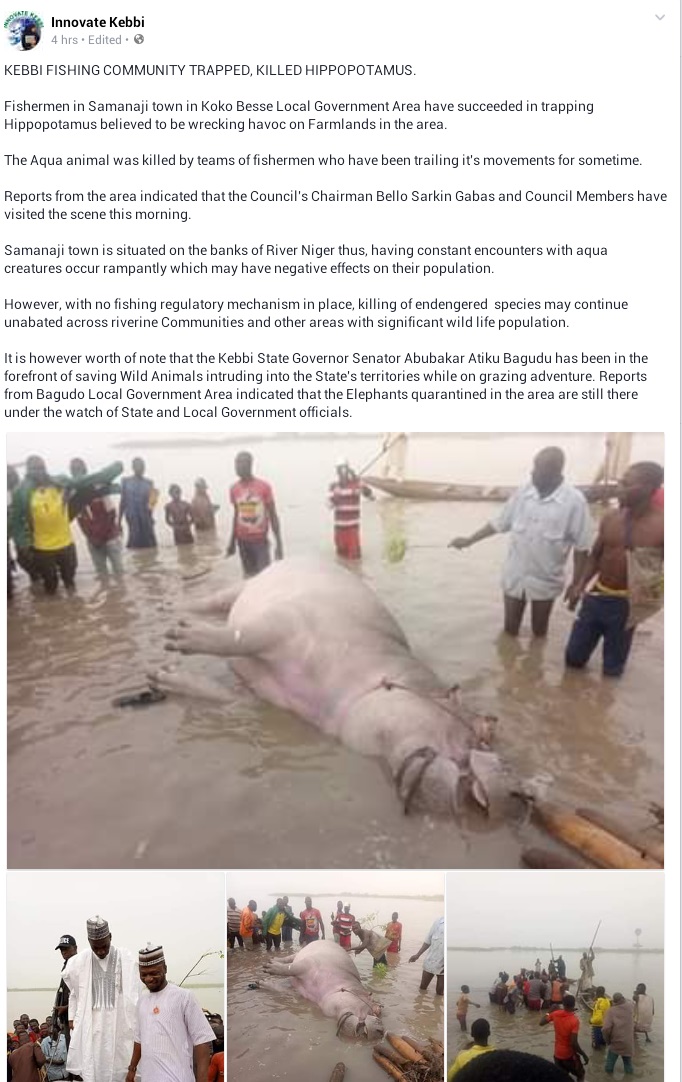 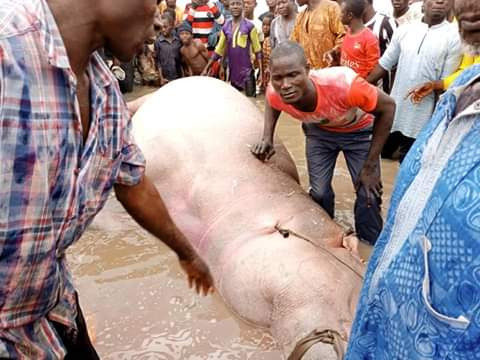 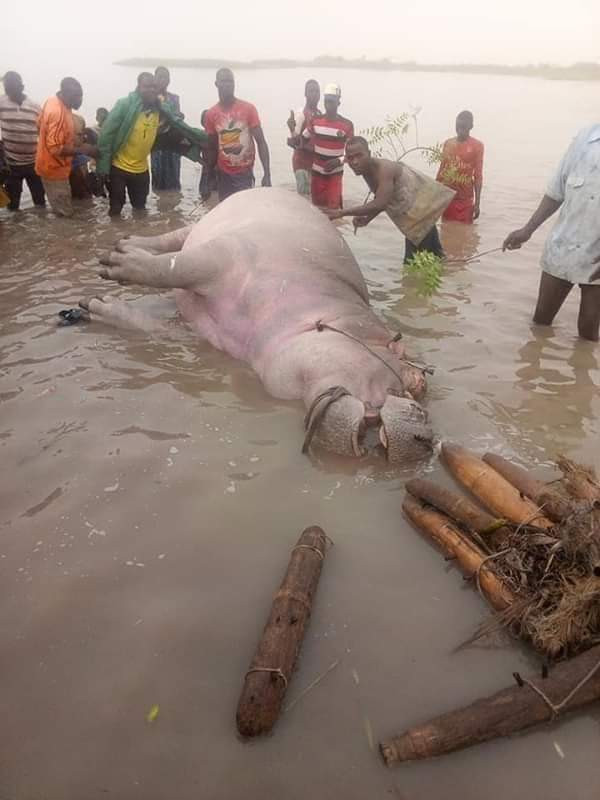