A fraudster wanted by the Federal Bureau of Investigations for scamming victims has been arrested by the EFCC. 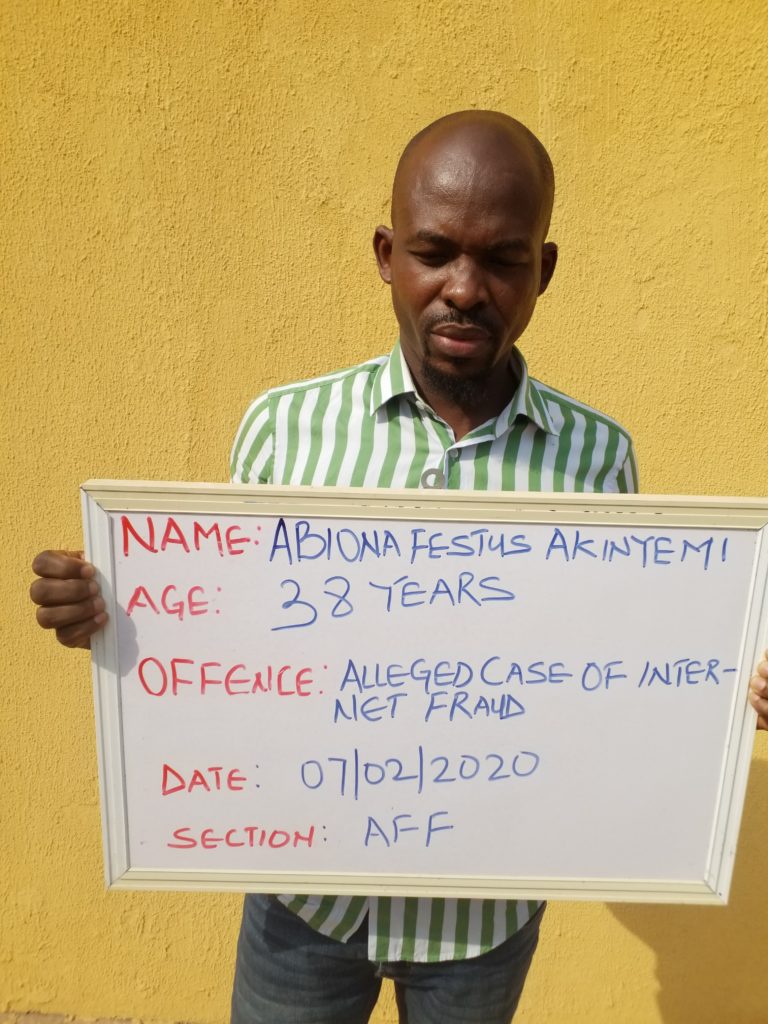 Festus Abiona
A 38-year-old man, Festus Abiona, wanted by the Federal Bureau of Investigations for his alleged involvement in internet fraud has been arrested by men of the Economic and Financial Crimes Commission.
Abiona had been on the wanted list of the EFCC for more than eight months over the alleged fraud case before he was finally arrested in his hideout.
The suspect was nabbed by the EFCC, Ilorin Zonal Office, according to a statement on Monday by the EFCC acting Head, Media and Publicity, Tony Orilade.
He said, “Operatives of the EFCC smoked him out of his hiding on February 6, 2020, in Arepo, Ogun State. He had gone into hiding and deliberately refused to step out of his house when he got wind of the fact that the EFCC was investigating him. For the past five months, he was in hiding.
“The FBI in a petition dated 10th of July, 2019, alleged that he was involved in Business Email Compromise and other internet-related fraud. Investigation into the case by the commission revealed that a syndicate that involved Abiona perpetrated the fraud.
“He has also refused to give a statement since his arrest, but he will soon be arraigned in court.”
Top Stories