A suspected kidnapper has been nabbed by the police after a sum of N1.7m recovered from him. 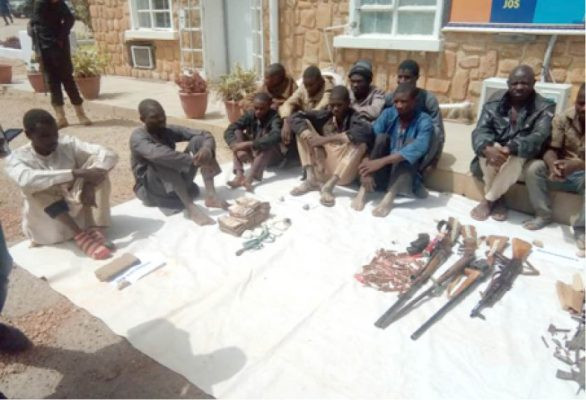 A suspected kidnapper who was nabbed at a checkpoint in Ankwa village of Sanga Local Government Area of Plateau State by troops of Operation Safe Heaven (OPSH), has been paraded alongside the money (N1,789,000) recovered from him.

The suspect said to be a member of a gang of 8 involved in series of kidnapping between Nasarawa and Kaduna States, was riding on a motorcycle and had attempted to bribe the troops during a stop-and-search which was turned down.

Commander of the operation, Major General Augustine Agundu further told newsmen that the money recovered from the suspect was his own share of the ransom he and his gang members got from their victims.

The suspect who identified himself as Jafaru Shuaibu, admitted the money belongs to him but said he got it through magical means.