The burial date of couple who was robbed and shot right in front of their three kids in Umuahia has been set. 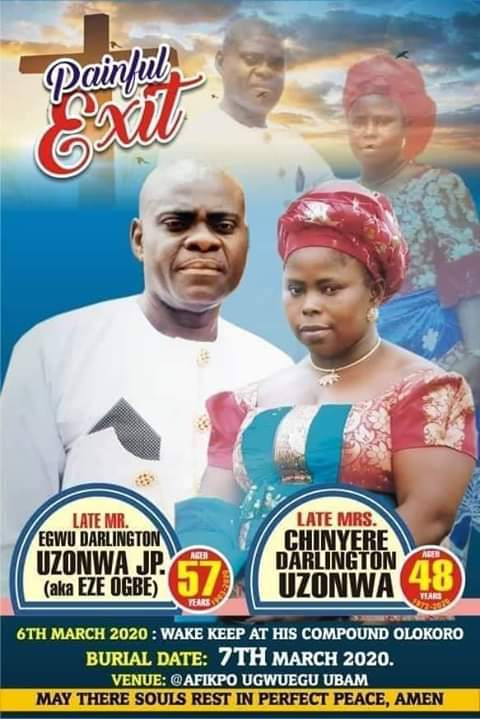 The couple shot dead by armed robbers before their three children in Umuahia, are set to be buried on March 7th in Afikpo Ugwuegu Ubam.

Recall that the Abia State Police Command arrested and paraded an armed robbery gang that killed Mr and Mrs Darlington Chinyere Uzoma, along Secretariat Road, Ogwurube Layout, Umuahia after robbing them of proceeds of the day’s sales.

One of the robbers introduced himself as a butcher when questioned by newsmen and also disclosed that he was lured into armed robbery by bad friends.

“We did the robbery operation actually on Saturday night, but I did not shoot the couple. It was our driver that shot them"