16 Innocent Family Members Burnt To Death By Bandits In Kaduna


Daredevil bandits have wasted the lives of 16 family members by burning them to death in Kaduna. 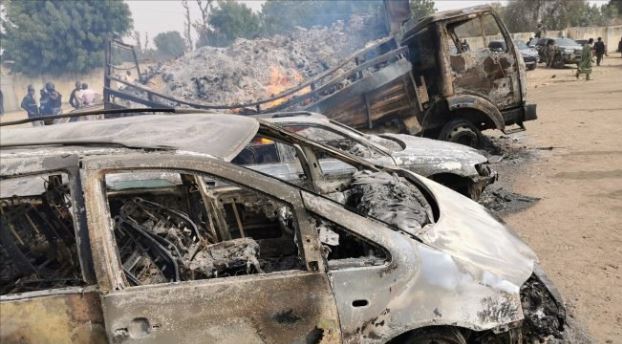 File photo of Boko Haram attack in Borno
At least 16 members of same family have been burnt to death by bandits who invaded Bakali village in Fatika District, Giwa Local Government Area of Kaduna State.
According to DailyTrust, the bandits invaded the community on Tuesday around 4:00pm and set fire on many bags of grains, vehicles and motorcycles in the village.
It was said that the bandits locked up 16 members of the same family in a room and set fire on the house.
A member of the community, Alhaji Sani Bakali who confirmed the incident to our correspondent said over 100 bandits besieged their village and caused grave harm.
The police are yet to react to the incident as at the time of filing this report.
Top Stories