Valentine Tragedy: Man Who Tried To Surprise His Girlfriend At Work Gets Shock Of His Life


A man who wanted to give his girlfriend a surprise Valentine's gift has gotten the shock of his life. 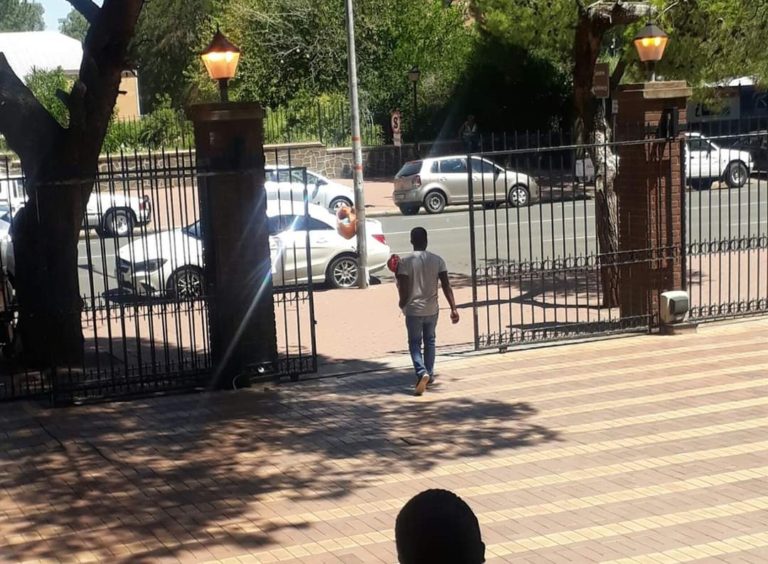 Man gets shock of his life on Valentine's day
A young man who wanted to make Valentine's day memorable for his girlfriend by surprising her at work today has gotten the shock of his life.
According to Catchvibe who shared details of the sad incident on Twitter, the anonymous girlfriend had earlier informed her lover that she would be at work.
He got to the office with a bouquet of flowers to surprise her on Valentine’s day and she wasn’t at the office. He called her on phone to confirm where she was and she insisted that she was at the office.
Frustrated by his girlfriend’s action, the young man headed home, heartbroken, depressed and almost in tears for being deceived by the one he loves.
Read the post below: 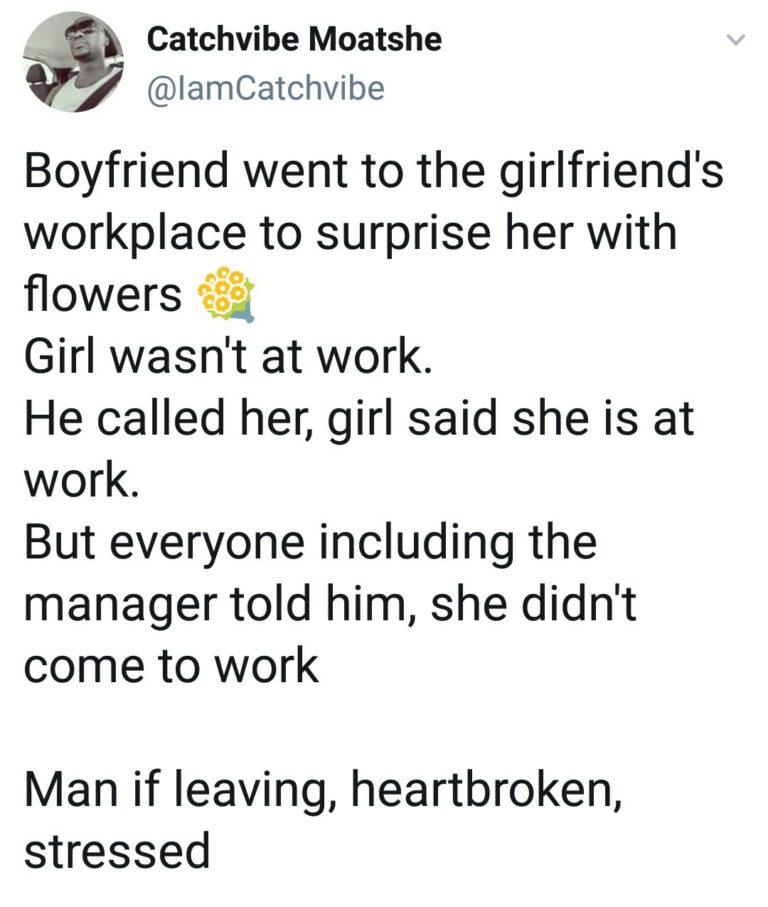