It Was A Joke When I Said I like 12, 13 And 14-Year-Old Girls - Nigerian Man Apologises After Backlash


Nigerian man who was dragged online after revealing his love for underaged girls has apologised following backlash. 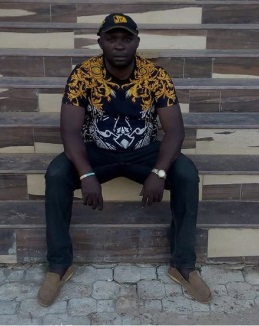 Austine Okonkwo, the Nigerian man who ignited an outrage after saying he loves 12, 13 and 14-year-old girls, has defended himself following the backlash that trailed his comment.

The Nigerian man revealed his love for underaged girls while commenting on a Facebook post in which a woman who allegedly caught her husband sleeping with her 12-year-old niece sought for advice.

However defending himself after backlash that trailed his comment, Austine claimed he was only joking. He also disclosed that he is married man and has never been involved in any sex scandal all his life. 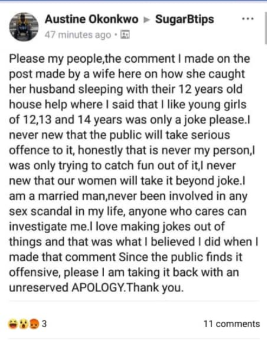