An alleged kingpin and his gang members who constantly terrorized people have been apprehended by the Police in Ikorodu. 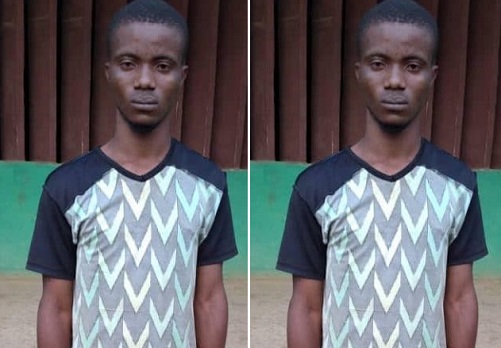 Officials of the Special Strike Force on Social Miscreants have arrested a deadly Aiye Confraternity Kingpin, Sikiru Samuel a.k.a Samora and eight members of his gang in Ikorodu and recovered one double barrel gun from social miscreants.

The Commissioner of Police, Lagos State, CP Hakeem Odumosu had deployed a Special Strike Force on Social Miscreants to Ikorodu, to sustain the ongoing onslaught on cultists and other social miscreants in Ikorodu, Imota, Agbowa, Owutu, Ijede, Ipakodo and Owode Onirin.

The operation, which is intelligence driven, has recorded another remarkable achievement with the arrest of a deadly leader of Aiye confraternity, Samora 24, at Imota, Police Public Relations Officer, PPRO, Bala Elkana disclosed on Sunday.

“The gang is responsible for series of violent attacks and gang violence in Imota and environs. One of such violent attacks happened on 12/02/2020 at about 08:30hours which led to the death of one David Nwanga ‘m’ 30 years old of Araro Adamo area. The suspects were handed over to the homicide section of the State Criminal Investigation Department (CID), Yaba for discreet investigation.

“They will be charged to Court. In a related development, on 14/02/2020 at about 2330hrs, a team of Police Officers from Oke Odo Police Station on patrol along Lagos/Abeokuta express way, intercepted some social miscreants at Katangowa refuse dump smoking dry weeds suspected to be Indian hemp.

“On sighting the police, the miscreants took to their heels. Police gave them a hot chase. Five suspects were arrested with one double barrel short gun and three live cartridges. The suspects will be charged to Court,” he said.