OAP, Toke Makinwa took a jab at Pastor Adeboye after he advised men to marry only women who can cook. 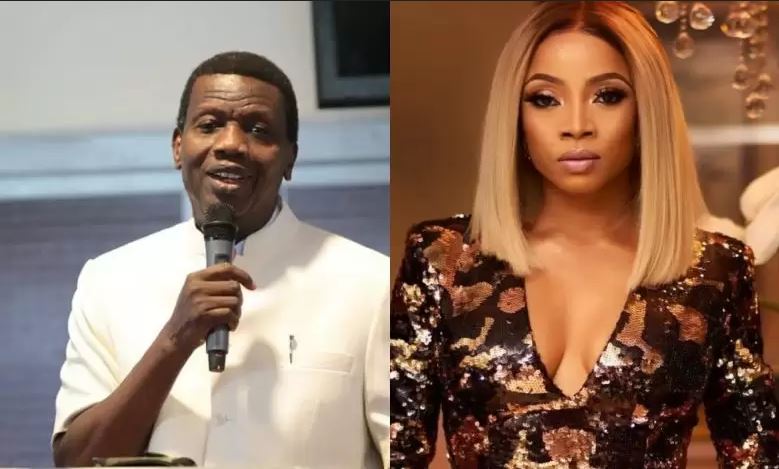 Media personality, Toke Makinwa, who believes cooking shouldn't be restricted to a gender want men to learn how to cook and not base the 'entirety of picking a life partner' on their belly.

Earlier on, The General Overseer of Redeemed Christain Church, Pastor Enoch Adeboye while preaching stated that  men should  marry a wife who can  cook because they cannot afford to be eating out all the time.

She wrote on Twitter:  'Cooking is not restricted to a gender, guys learn how to cook so you don’t base the entirety of picking a life partner on your belly, if you don’t want to, make enough to hire a chef. Life is too short to be triggered all the time.' 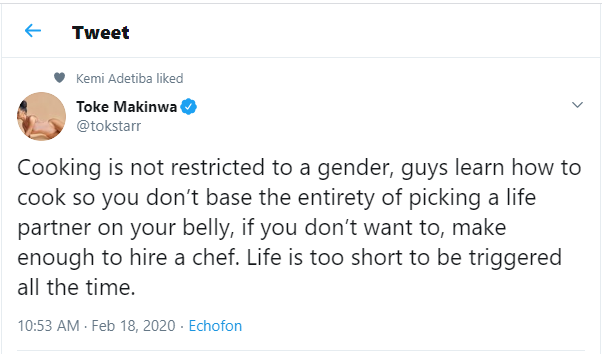