A Kannywood actress, Maryam Booth has dragged her ex-boyfriend to court for allegedly leaking her private video. 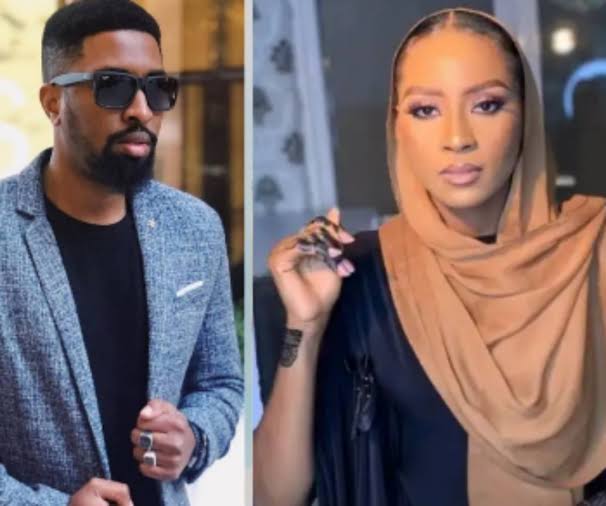 Deezell and Maryam Booth
Kannywood actress, Maryam Booth has sued her ex-boyfriend, Ibrahim Rufai, a.k.a Deezell at the Federal High Court sitting in Kaduna accusing him of being responsible for leaking her nude viral video.
Booth is suing her ex-boyfriend with the help of a Kaduna based human rights activist, Muhammad Lawal Gusau.
The legal action was taken in pursuance of her fundamental human rights believed to have been infringed upon through recording and release to cyber space of the nude video by her estranged boyfriend.
In a court document sighted on Monday, Gusau demands the court to award N10m to Maryam Booth as general compensation for the damaged the said viral video had caused her, including a published apology in three national dailies.
In the motion on notice presented to the court, the activist is seeking enforcement of fundamental human rights of Maryam Booth as guaranteed under Sections 34, 35(1), 37, 38 and 46 of the 1999 constitution of the Federal Republic of Nigeria as amended.
Recall that the 26 years old celebrity alleged that she was recorded by her estranged boyfriend, Deezell. However, Deezell has denied recording or releasing the two seconds video.
Maryam Booth alleged that Deezell had severally threatened to blackmail her by leaking her nude video if she didn’t give him an undisclosed amount of money.
Top Stories