Some reasons have been given to why the Delta State governor, Obaseki revoked Ibori's C of O. 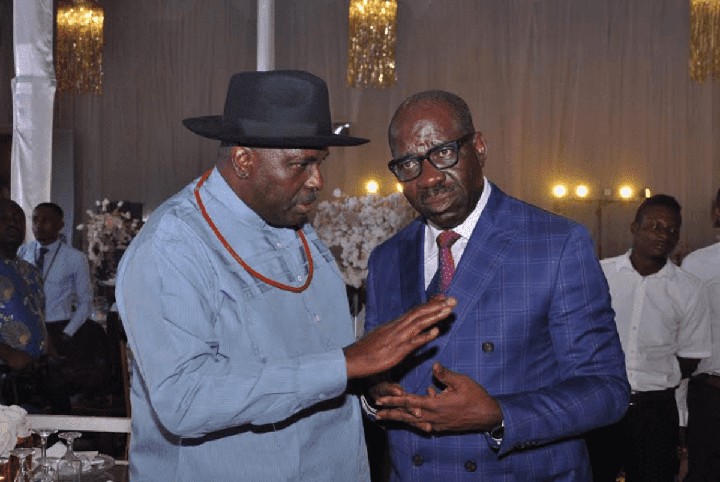 Details have emerged on why Governor Godwin Obaseki revoked the statutory right of occupancy granted to a former Delta Governor, Chief James Ibori, in respect to a property on plot 103A Aiguobasimwin Crescent, old GRA, Oredo local government.

It was gathered that the property was not inhabited since Chief Ibori purchased it during the administration of Chief Lucky Igbinedion.

A top government official, who pleaded anonymity, said the CofO was not revoked with bad intention or as a result of any dispute with Chief Ibori.

The source said the revocation was a mutual agreement between Chief Ibori and the Edo State Government.

Another source said Chief Ibori already ceded the property to his son, who agreed to give it to the Edo State Government.

According to the source: “The published revocation order was just to fullfil all legal procedure. Chief Ibori agreed to the deal and there was no political undertone.”

Governor Obaseki had said he revoked the property in exercise of the power conferred on him by sections (28) 1 and 38 of the Land Use Degree of 1978 and by virtue of all other laws enabling him on that behalf.

The property contained an area of approximately 1985.950 square metres.