Some Katsina housewives who were reportedly chained up by their husband for 10 months have spoken about their horrific experience. 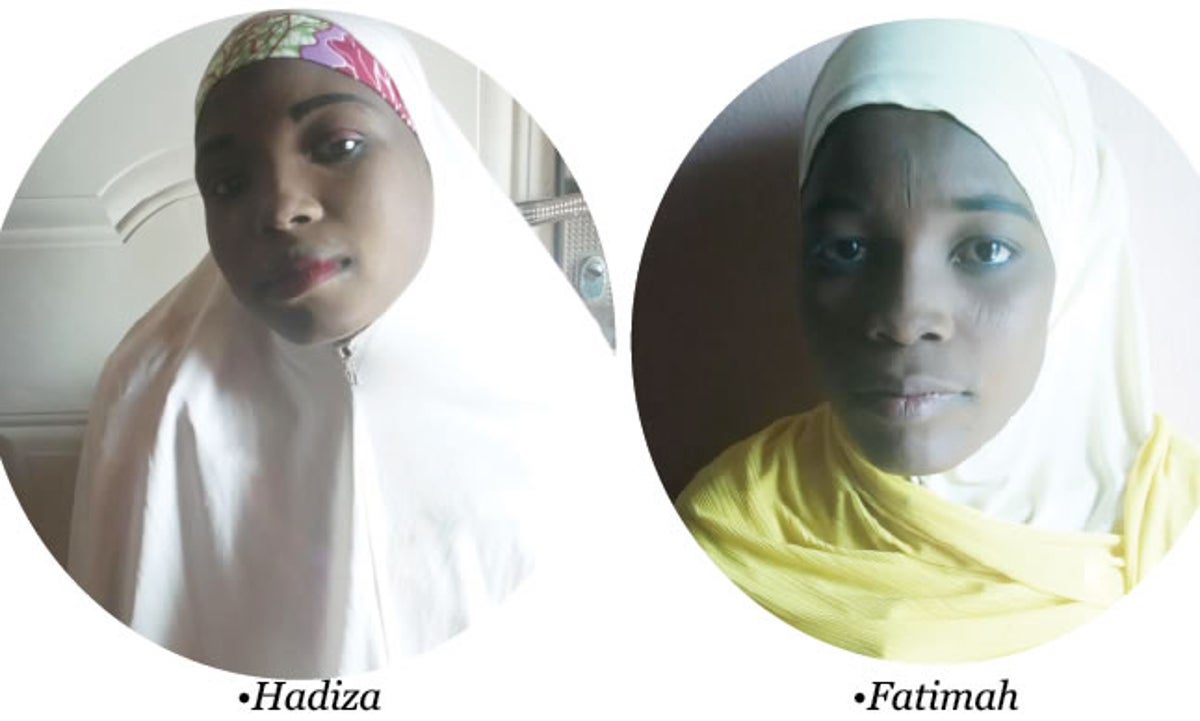 Two housewives, whose husband, Samaila Musa, allegedly locked up, chained and subjected to inhuman treatment for 10 months in the Rimi Local Government Area of Katsina State, recently urged a Katsina Upper Sharia Court to dissolve their marriage to the man. Fatimah Salisu, 25, and Hadiza Musa, 20, are currently seeking to divorce Musa for alleged cruelty and maltreatment. The Katsina Police Command had in January arrested Musa, 30, over allegations that he locked up the two women in a room where he chained them and meted out all sorts of maltreatment on them for 10 months. The two wives tell OLAIDE OYELUDE about the alleged ordeal in 10 months. Their counsel, Kabir Nelule of Hamisu Lawal Malumfashi Chambers, Katsina interpreted the interview done in Hausa

Tell me about your family background.

Hadiza: I’m from Kanyan Ubandaba village in the Rimi Local Government Area of Katsina State. I’m the fifth and last daughter of my parents. We (children) are one man and four women. All the women are married.

Fatimah: I’m from Marke in Mani Local Government Area of the state.  I’m the fifth child of my parents.

How did you meet your husband, Samaila Musa?

Hadiza: We met while I was hawking my goods. Later, he came to our house but my parents initially rejected him. My uncle, Isia, told my parents he investigated him (Samaila) and found out that he was not a good man.

But he kept coming to our house, promising that he would take care of my parents and me. So, my parents eventually agreed and consented to the marriage.

Fatimah: Samaila was introduced to me by a man who claimed to be his friend, Alhaji Garba. He had told Allahji Garba that he needed a wife, so he was brought to our house where I was staying with my three-year-old son that I had from my previous marriage.

How long was your courtship before marriage?

Hadiza: A week. He came and paid N20,000  as bride price to my parents and we got married few days later.

Fatimah: A week. He paid N20,000 as bride price and we married nine days after.

How long have you been with him?

Hadiza: It is getting to two years now.

Fatimah: I’ve been with him for 10 months.

What attracted you to Samaila?

Hadiza: When we met, he was generous to me and promised to take care of me and my parents.

Fatimah: Whenever he came to our house, he always gave me money and he promised to do more if I married him.

When did he start to maltreat you?

Hadiza: Two weeks after we got married, he started restricting my movements in the house. Later, he locked me up in a room and chained me up.

Fatimah: He started beating me four days after we got married. He also started calling my parents names. Later, he locked me up and chained me up in the same room with Hadiza.

What did he do to you after chaining you up?

Hadiza: He shaved off my hair and pubic hair. He also cut my fingernails and ground them together. He mixed them up with my food and ordered me to eat it. He also put pepper in my eyes and private parts. And whenever he wanted to have sex with me, he would do it in the presence of Fatimah in the room where we were being locked up. (Fatimah tries to remove her clothes to show the wounds on her back before she was prevailed upon not to do so). My back is full of scars from the wounds I sustained from the beatings he always gave me. He would also not allow us to go out. We were doing everything inside that room. We bathed, defecated, and slept in the same room. He would have sex with us there.

Fatimah: He shaved off my hair and pubic hair too. He also cut my fingernails as he did for Hadiza, and forced me to eat the food he mixed those items with. He also put pepper in my private parts and eyes. He also had sex with me in the presence of Hadiza. Everything he did to her, he did it to me.

But why was he doing those things to you? Was he on drugs?

Hadiza: We did not offend him and I can’t say whether he was on drugs or not. All I know is that he always went out in the night when he presumed we were asleep. He always locked the doors of the house whenever he was going out. Nobody visited him and since we were locked up, we did not have the opportunity to see our friends or relatives to tell them how we were being maltreated.

How did you gain your freedom?

Fatimah: Remember I said I have a three-year-old boy from my previous marriage. One day, Samaila returned the boy to my mother in our village without my knowledge. It was the boy who told my mother about our ordeal. So my mother came but she did not raise the issue. She asked me whether everything was alright and I said yes.

My mother visited again 21 days later. When she arrived, she told Samaila that the boy was sick and that she wanted to get my sewing machine so that she could sell it and raise money for his treatment.  Samaila refused and manhandled my mother. My mother then went to Rimi Divisional Police Station to report the matter.

When the police came, he refused to open the door for them. Later, the divisional police officer led another team to the house, which forced the door open and found us where we were chained up. He was subsequently arrested.

Hadiza, is this true?

Do you have children for him?

Hadiza: No. Fatimah also has no child for him.

What lessons have you learnt from your experience in Samaila’s house?

Hadiza: I thank Almighty Allah who helped me escape. I now know that appearance could be deceptive and one needs to investigate whoever one wants to marry before consenting to the marriage.

Fatimah: It was circumstances that put me there and I will only advise other women to face their jobs and have longer courtships before getting married. I will add that women should also seek the assistance of outsiders to help in investigating any man they want to marry so that they will know the kind of person he is.

Now that you both want to divorce your husband, what happens if your request is granted?

Hadiza: I will face trading and if any man comes my way and is ready to wait for me, life goes on. But what matters to me now is picking up the pieces of my life again and trading. I will welcome any assistance from the government, organisations and any kind-hearted individual who would not attach conditions to such assistance.

Fatimah: I will also welcome any assistance for me to pick up the pieces of my life again. You know I’m a tailor and if I get assistance, I will concentrate on my business to take care of my boy and myself.