A woman has been confirmed dead after she was run over by a petrol tanker which suffered a brake failure in Jos. 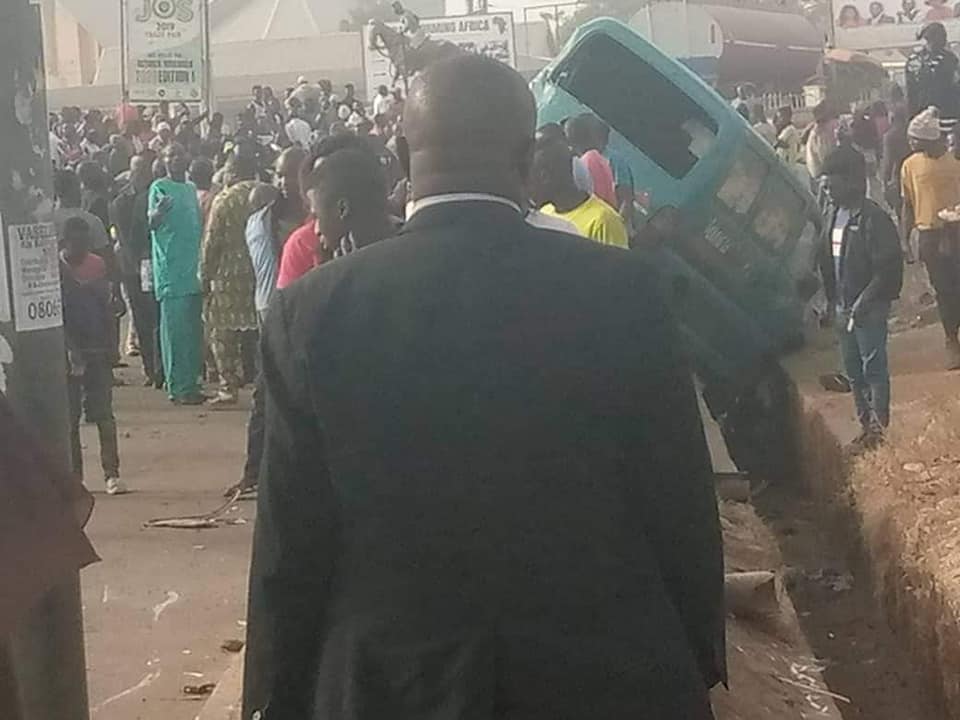 A woman has lost her life in Jos, Plateau state after a vehicle she was in, was run over by a petrol tanker that suffered brake failure around Polo roundabout.

According to Jos-based OAP Bello Lukman who shared the story online, the tanker ran into vehicles, motorcycles and Tricycles parked around the area.