The Chief of Army Staff, General Tukur Yusuf Buratai has revealed plans to recruit Nigerian youths to partake in the war against insurgency. 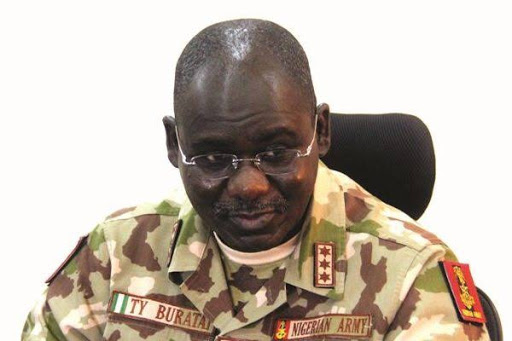 The Chief of Army Staff of Nigeria, has stated that the army will soon embark in recruitment of Nigerian youths into the force to enable it fight insurgency in the north east of the country.

Resettlement and Reserve, DARRR, made this known during a courtesy visit to the Governor of Ebonyi State, Chief David Umahi at the exco-Chambers Government House, Abakaliki.

“The normal army that was trained to engage particularly in conventional warfare are having a lot of problems as you can see in the North-Eastern region. So recently the Chief of Army instituted Special Forces concept; a special skill that you can use to fight war.

This special training will now be integrated in every training in the Nigerian Army. So, this means that anybody that is recruited in the Nigerian Army with effect from now, will have to go through that process. It is a tough training, it requires a lot of physical and mental fitness. So, we need young men and women who are physically fit.”