A man has been arrested for impersonating the Edo State Commissioner of Police while duping wealthy people. 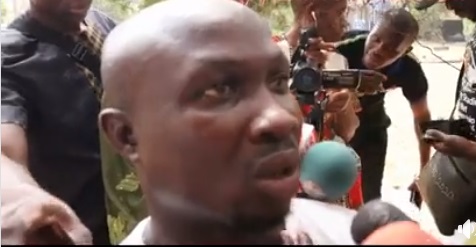 Upon being arrested, Shola claimed to be a former Senior Special Assistant to the Edo State Government during the administration of former Governor Adams Oshiomhole.

He disclosed that when he calls rich individuals in the state, he introduces himself as Edo Commissioner of Police and also tells them to give attention to one Clement (himself).

“Eventually the person called and invited me to his office. I explained to the person how I was arrested and stuff like that. I met with the person one on one. He asked me to drop my account number and I will hear from him.

“Four days later. the account was credited with N2.5m. 40 minutes later I saw another alert of N10m making it N12.5m. I didn’t know the money was meant for two seperate account but mistakenly paid all into my account. He called me to asked if I had seen the money. He also called the other line I used to first call him.

“Two days later I went to the bank and was told the account was blocked. They told me money was mistakenly credited to the account. I had to return the N10m.”

The suspect who disclosed that he bought a Toyota Camry with the N2.5m, said he told the bank that Adams Oshiomhole sent him the money when pressed.

Edo Police Commissioner, Jimeta Lawan confirmed the arrest and further disclosed that an investigation was launched following several complaints from many victims who he defrauded.