The Italian man who brought the Coronavirus to Nigeria first went to Ogun, it has been revealed. 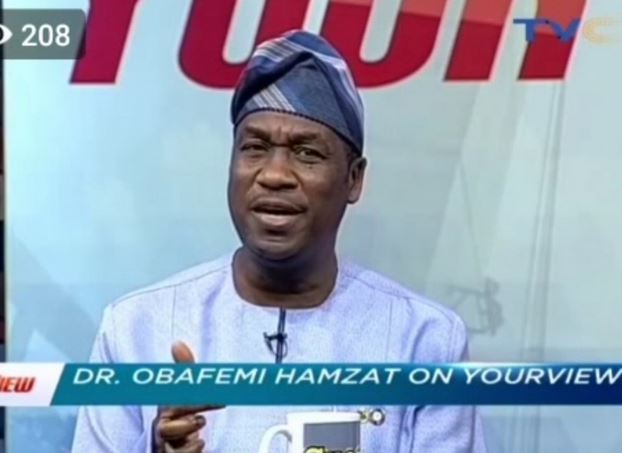 Obafemi Hamzat, the Deputy governor of Lagos state, was on TVC this morning where he revealed that the Italian man diagnosed with the first case of Coronavirus in Nigeria, went to Ewekoro in Ogun state before he fell ill and was brought to Lagos where he was diagnosed with the virus.

"This young man came in from Italy, Milan. He came in on the 25th. He has a consultancy job with a company in Ogun state. He landed on the 26th, went to Ewkoro and then he fell ill and the doctors were smart enough to say this is somebody that is coming from Italy that has just suddenly fell ill. So they took him in. So we sent an ambulance there with a pep jacket. So they brought him in and then he was diagonised.

"The good thing is that he was brought in yesterday morning. Within four hours, he was diagnosed. Our diagonistic tool seemed to work better than we expected. Normally it takes about 8 hours but within four hours, we were able to determine. So he is our biosecurity lab in Yaba. It is a lab that we built that can accomodate 100 for now but it is only one bed that is occupied today. Hopefully it wouldn't spread. So we are ready. We are well equipped.

"He is there and he is getting better. The challenge is not for people to have the virus. If you don't know, that is the challenge. In this case, it is known that he has it. He is going to be okay. He is steady. The doctors say he is going to be fine.

"What we are doing now is that he came in through one airline, so we are tring to track everybody on that flight. He went from Lagos to Ewekoro. Who has he met? What has happened? Those are the people that we are tracking, isolate them and then check.'' he said