The Catholic church in Lagos has reportedly suspended the sprinkling of 'holy water' and handshakes during mass. 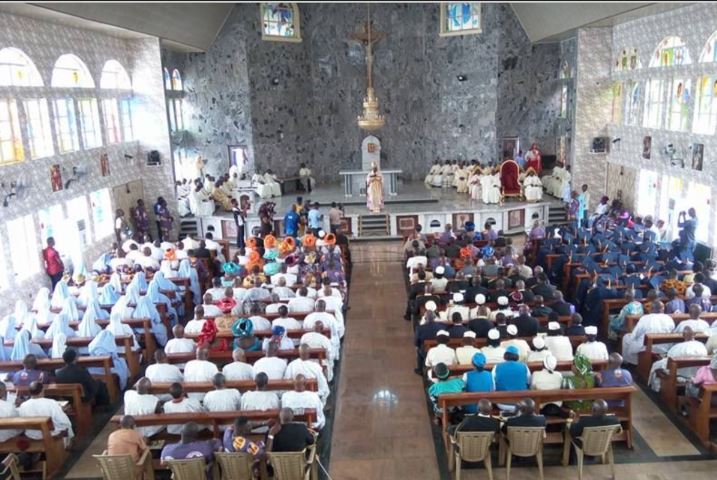 According to TheCable, the Catholic Church in Lagos has suspended handshakes and use of holy water fonts indefinitely over the spread of coronavirus.

Nigeria recorded its first case of the disease on Friday, following the arrival of an Italian businessman from Milan, which has the highest rate of the infection in Europe.

The patient, who tested positive to the virus on Friday, has been in Nigeria since Monday.

In a statement, Alfred Martins, Catholic archbishop of Lagos, said the decision to indefinitely suspend some of the church practices is “in the light of this present circumstance.”

He announced that stations of the cross which is usually done in public, will now be done privately to reduce the number of gatherings in churches.

The archbishop encouraged church members to have handy sanitisers, adding that communion will now be received on the palm.

“The shaking of hands during the time for the Sign of Peace during Mass is suspended for the time being,” he said.

“During this season of Lent, in order to reduce the number of gatherings in Church to the barest necessary, we encourage people to do Stations of the Cross privately on Wednesdays while public celebrations will take place only Fridays especially as it is often followed by Mass.

“Communion, for the time being, shall be received on the palms. People are encouraged to have Hand Sanitizers handy to be used as and when needed.

“The use of Holy Water fonts in churches and public places should be suspended till further notice. May the Lord deliver us from this plague and all evils.”