Lady Narrates How Her Soldier Husband Who Said He Was Going For A Mission, Moved In With His Side Chick


A lady whose heart was utterly broken by her soldier husband has opened up on what he did to her. 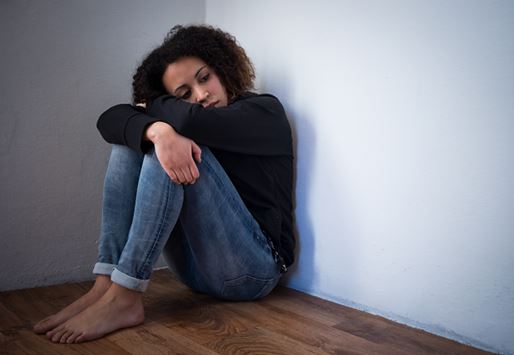 A South African lady has narrated how she got to know that her husband who is a soldier, was living with his side chick while claiming he was going for a mission.

The lady identified by her Twitter handle, @Lorreta85642390, contributed to a Twitter thread centered on "msunery" (anything that you strongly disprove of) and disclosed that her husband of 5 years lied that he was leaving for a mission which was supposed to be concluded in one year, but moved in with his side chick who lives not too far from where they stay.

She revealed that she got to know that her husband was cheating on her after his side chick she boarded same taxi with, narrated how "her man" lied to his wife that he was going for a misssion. The Twitter user said she never really paid attention to the story till the alleged side chick said her husband's surname.

Read her tweets below; 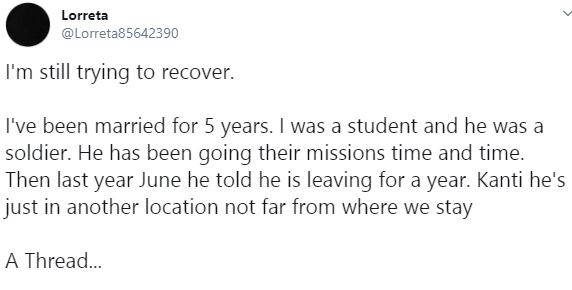 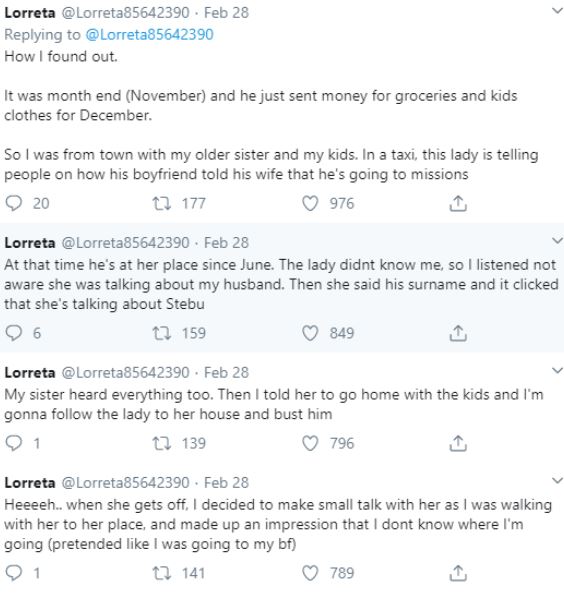 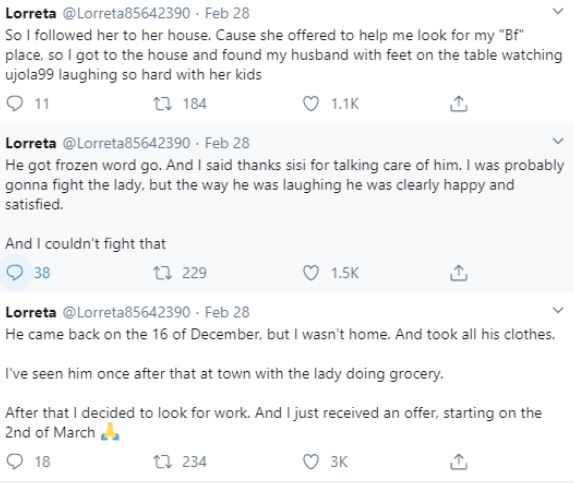