Coronavirus: Number Of People In Ogun Quarantine Rises To 39


More people have been placed on careful observation in Ogun state following the influx of coronavirus. 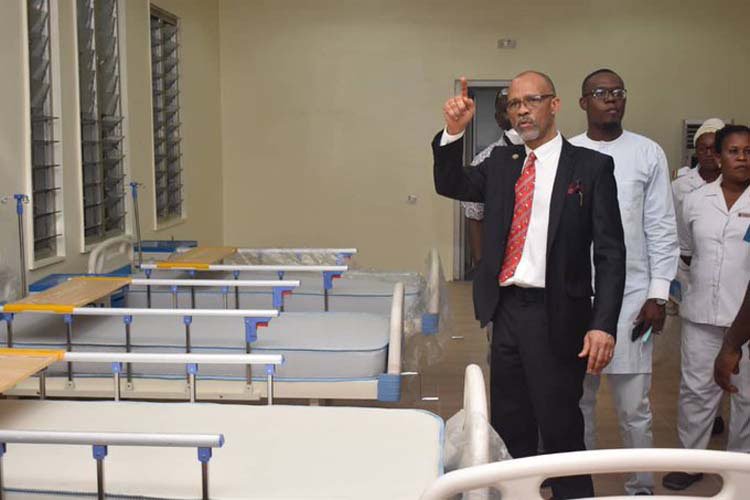 According to The Nation, as many as eleven more people have been quarantined in Ogun State on account of having physical contact with the Italian carrier of Coronavirus.

They include the driver who picked him from a hotel in Ikeja and those that served him food and drinks in the hotel.

The Ogun State Government on Saturday dismissed speculations that the taxi driver of the coronavirus patient was on the loose.

The Italian himself has been relocated from his original isolated ward to a renovated one, according to Lagos State Health Commissioner Akin Abayomi, while the Nigeria Governors’ Forum (NGF)   promised to ensure the deployment of all resources to promptly respond and contain the spread of   coronavirus in the country.

There are now a total of 39 people quarantined in connection with the index case of coronavirus in the country.

Twenty-eight were originally taken in by Friday.

Giving an update on the situation yesterday at Ewekoro, Ogun State, the Industrial Director of Larfarge Africa Plc, Mr. Segun Soyoye, said the guest house where the Italian stayed and the vehicles including the ambulance used to convey him had been sealed off.

He spoke during an assessment visit to the company’s premises by a combined delegation of the Ogun State government,  the Nigeria Centre for Disease Control (NCDC) and the World Health Organisation (WHO).

He said the Italian was at the factory to inspect some installed machines brought from a Swedish firm.

He said the man did not go beyond the company’s guest house at Ishofin Estate and he was evacuated as soon as he developed abnormal temperature indicative of coronavirus.

Soyoye added: “The Italian came for a business visit. He was in Lagos on Monday and slept at Airport Hotel, Ikeja. Our driver took him there, and when we observed abnormal temperatures and symptoms, we quickly instituted an Emergency Response Team which is led by the Company CEO.

“We had to find a way of analysing and identifying not only the Italian but also the other contacts.

“The contacts are now 39 and we have quarantined them, the house and clinic as well as the vehicles. We don’t take chances. That is why they are put there.

“Today is Day 3.They will be there for 14 days. We will continue to observe them, we have their database, showing their biodata and other information.

“The doctor is here and what he is doing is to check them on a regular basis. So far everybody is stable. They are not symptomatic. We are providing everything for them over there.

“The other thing that I have not said is that the clinic that was used for the infected person is closed; disinfected and we moved everybody out.

“All the guys on duty that day, they were also quarantined. So they will be there for 14 days as well.”

Earlier on Saturday, the Ogun State denied a social media report that the taxi driver of the coronavirus patient in the country was on the loose.

Government described as fake news, the social media report which quoted the ‘driver’ as demanding the sum of N100m (One hundred million naira) from the Commissioner for Health, Dr. Tomi Coker and threatening to spread the disease if not paid. Nothing can be further from the truth.

“Everyone that had any link with the Italian victim of the dreaded virus since he arrived the country has been quarantined. The others, who these primary contacts also had interactions with are equally being monitored,” Kunle Somorin, the Chief Press Secretary to the state governor said in a statement.

He said: “We wish to put it straight that there is nothing of such. It is the figment of the imagination of some unscrupulous elements whose desire is to incite fear in the members of the public.

“As a government, we assure that all the people already quarantined are in good spirit and they are cooperating with our medical personnel.

“Besides, we already have the phone number of some few other contacts the Italian national came close to and they are being monitored.

“There is no reason to panic. The situation is being controlled and contained.

“It is therefore important we do what is expected of us as individuals in terms of personal hygiene and in ensuring that we sensitize those suspected of symptoms associated with COVID-19.”