According to Ex BBNaija housemate, Gifty,touching your kids after engaging in sexual intercourse with a man who is not their father is spiritually dangerous. 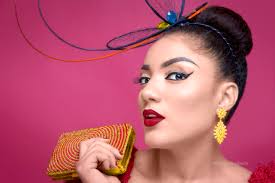 Controversial reality TV star Gifty Powers has stated that it is spiritually dangerous for a woman to touch her child after she had sex with another man who is not their father.

The former Big Brother Naija reality star who is also a mother of one, said mothers should ”wash their bodies well” first, before touching their children following sex with an ”outsider.”. She said failure to do so will make the child/children touched, suffer consequences in the future.

She wrote in part;

“Failure to do so, spiritually, it means you’re transferring whatever you did with that man unto your son/daughter. It’s more like you’re planting a seed in your child spiritually,”