A woman leader aged 70 led a vigilante group to displace a group of bandits that were terrorizing some local govt in Niger state. 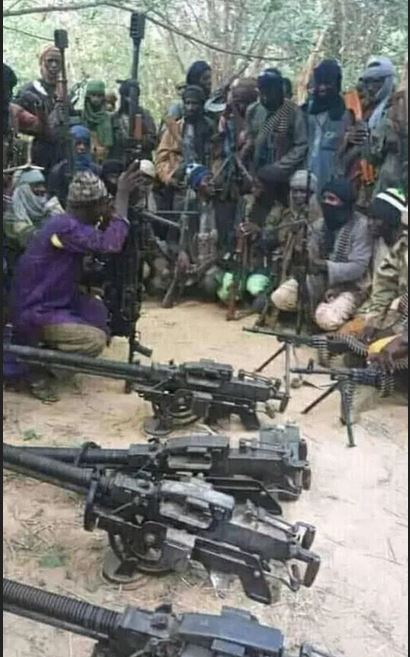 A 70-year-old woman reportedly led a vigilante group naked to dislodge bandits terrorising some local government areas in Niger State during which no fewer than 40 of the bandits were killed.

Besides the killing of the bandits, it was gathered that an unspecified number of sophisticated weapons were recovered from the bandits after a fierce battle at Zugurma Mashegu Local Government Area of the state.

The “woman leader” was said to have administered some local medicine on the foot soldiers before leading them into the Zugurma forests, where she directed them to shoot sporadically to attract the bandits, who were hiding in the forests.

A source said the bandits immediately came out from their hiding and  retaliated but could not see the woman and her foot soldiers.

However, the hunters ran after the bandits with no fewer than forty of them caught while others fled.

An impeccable source from the area told our correspondent that the commander of the bandits, who was said to be hiding on the tree, was also commanded to come down and arrested, while four of the bandits who were said to have gone to the town to buy water, food, recharge cards and other items were arrested as they were returning to their hideout and were handed over to the Police.

The local hunters told some of the villagers that they deliberately spared the life of the commander of the bandits to give more information to the police towards apprehending others.

The state Police Command, when contacted, was silent on the development just as a top officer of the command said Police had been drafted to the area and would further comb the forest for further arrest.