A Nigerian footballer has left many people in shock after he slumped and died on Sunday during a match. 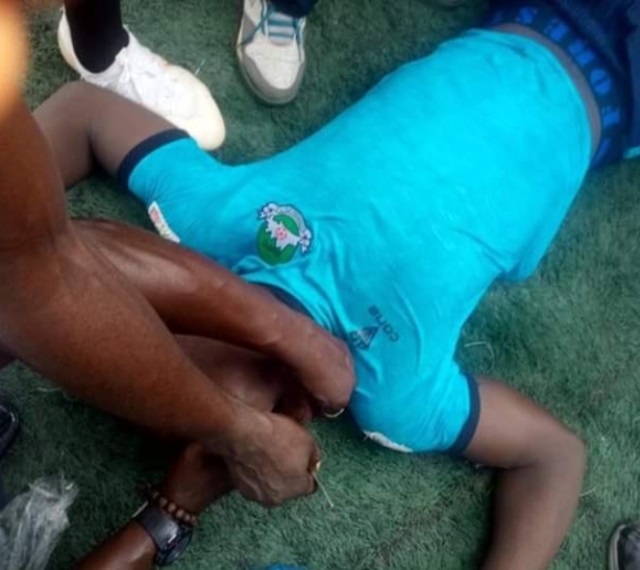 Chineme Martins
A Nigerian footballer and player of Nasarawa United, Chineme Martins has died.
He died yesterday (Sunday) after slumping in their Nigeria Professional Football League tie against Katsina United in Lafia.
An eyewitness, who was at the Lafia Township Stadium, said the late defender was standing alone when he slumped around the 45th minute.
“His team had been awarded a free-kick and he was standing alone in their own half when he suddenly collapsed.
“Other players informed the referee and he was eventually rushed to the hospital where he was pronounced dead,” he told The PUNCH.
The League Management Company also confirmed the dead in a statement.
“We commiserate with Nasarawa United and the immediate family of the late player,” LMC Chairman Shehu Dikko said.
Meanwhile Cool FM Sportscaster, Buchi who also confirmed the incident, claimed that there was no medical team at the stadium where the football match was played in. 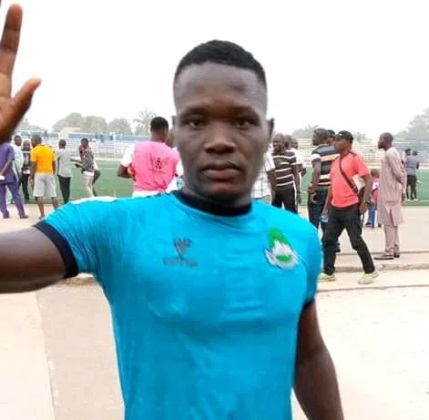